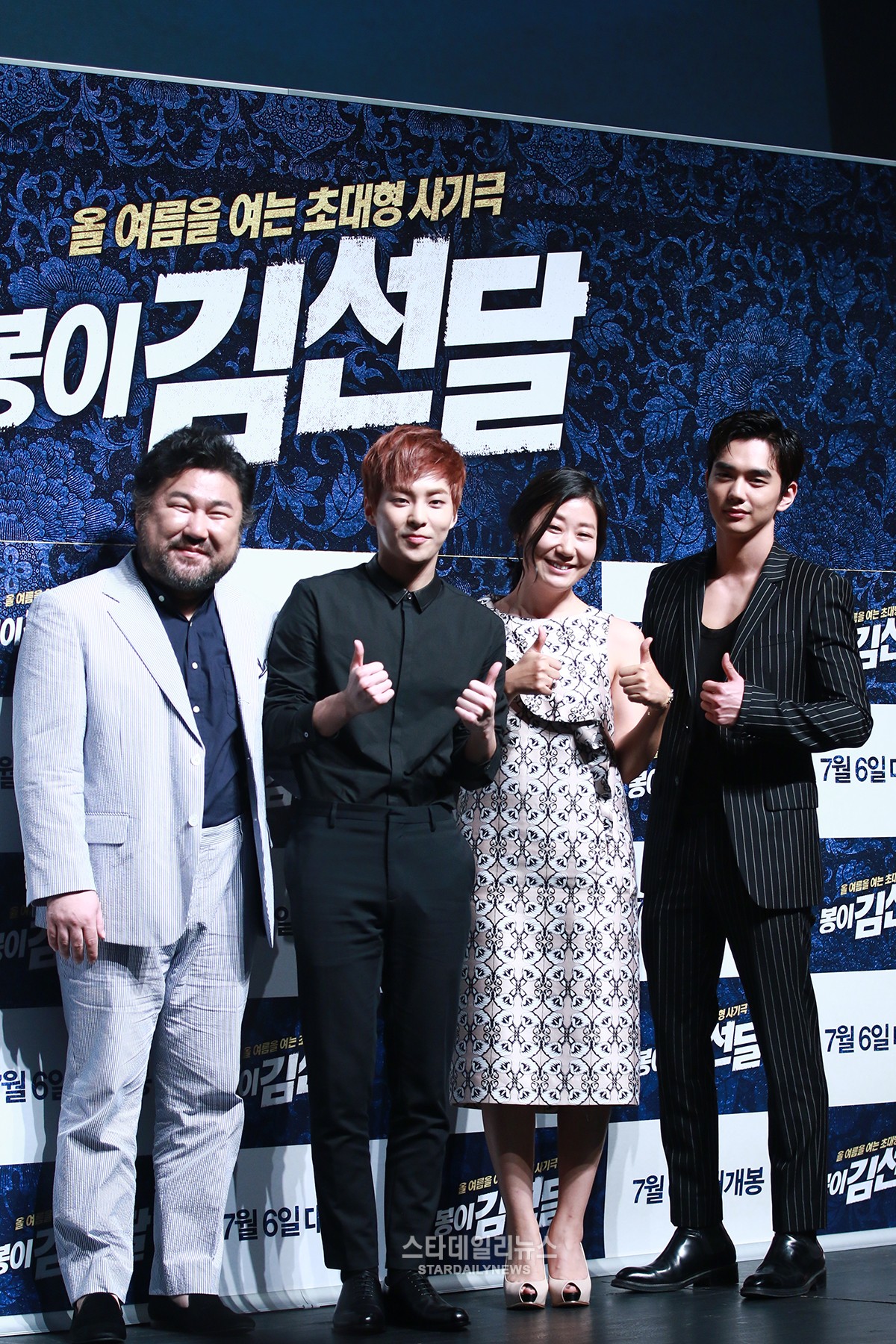 During the recent press conference for upcoming movie “Kim Sun Dal,” held on May 31, EXO’s Xiumin expresses his thanks to the cast and crew of the movie.

Greeting the public as an actor rather than a singer, the star explains how while he was initially really worried, being able to work with such a great director, staff, and actors made him think that he was a really lucky guy, and was able to act comfortably thanks to everyone.

He adds, “It was a really warm, family-like atmosphere.”

When asked why he agreed to this production, Xiumin answers, “Of course, I agreed to this movie because of Yoo Seung Ho. After meeting everyone, I think Ra Mi Ran is also very charming. When we’re together, we talk a lot, and I feel like I’m falling deeper into her charms.”

While Ra Mi Ran explains how they have similar thought processes, Xiumin cheekily says, “We can tell what the other is thinking just through our gazes. She’s like my soulmate.”

During the conference, the star also revealed a funny incident that happened to him while filming.