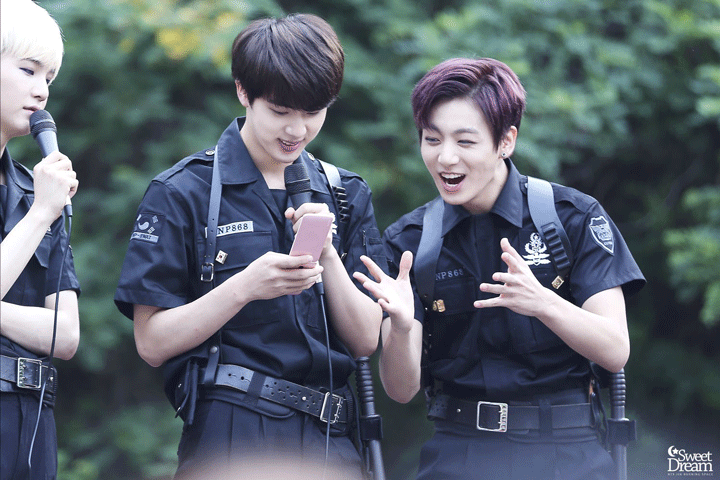 K-pop is a really happening industry – near-daily releases, shocking breaking stories, and the fact that dating is a “scandal” means that you really need to stay on top of the latest news to be an in-the-loop fan (and no one wants to be an out-of-the-loop fan).

But, I get it. You probably don’t work at Soompi and thus have an excuse to scroll through K-pop news at any time of the day. In fact, you probably have more necessary things to do – like, studying or working or generally being a productive member of society.

However, that doesn’t mean that you can’t find time to scroll though Soompi and keep up on all of the latest news. Or that you have to miss the latest breaking stories.

We decided to launch an app just for fans like you – fans who are busy but still value being on top of all things K-ent. Because – real talk – you actually have a lot of free time that you could be filling with the best in K-pop and K-drama news.

What “time” am I referring to? Here’s a quick guide:

This one is a total no-brainer as long as you are not in the driver’s seat. In a taxi? Open the app. In your parent’s car? Open the app. On the bus? The subway? The train? What else do you have to do?? Just open the app! You can even walk and check the app but please look up often to avoid bodily harm.

This one really should be self explanatory. If you’re sitting down and it’s going to take a while… might as well pop open the app and catch up on news! Just make sure that if there’s something surprising you don’t do something embarrassing like scream. Because that could cause problems. Also, don’t take selfies in the bathroom just bring your phone for the Soompi app, please.

While we are not telling you that meetings are the perfect time to K-pop, not all meetings are created equal. Some might happen to be a waste of your time. You might need to put your phone in your lap, tap the Soompi app, and get your scroll on. You could also have a frown of concentration on your face so it looks like you’re checking emails.

Is there a lull in conversation? Are you stuck waiting for your food? What better way to pass the time than with the Soompi app! Pop it open and flip through the latest stories. You could also use our quizzes to generate conversation – “Mom, would you agree that my spirit animal is a sloth?” This idea also stands if you’re on a boring date – “Would you like to know which member of Astro you would be? Let’s begin.” Date = saved.

Going to a concert? Get ready for a line. Trying to get brunch in San Francisco? Hello, long lines. At the grocery store? There’s also probably a line. You spend a lot of time waiting in lines. Use it for K-pop! Because, why not? If you’re really adventurous you can also keep the rest of the line updated with you. Be a line hero. Because, why not?

Now, if you don’t have Viki Pass and have to sit through commercials while you’re bingeing your latest obsession, rather than slowly dying for those few minutes you could whip out your phone and read all about whatever you’re watching! This also keeps you from constantly going to the kitchen for snacks during the commercials. Two birds, one Soompi-app-shaped stone!

Wow – look at all that time you could be using to stay on top of the latest and greatest happenings in K-pop! Follow our handy guide and you’ll probably be more well-versed in the latest news than even I am. (Big compliment, there!)

Now all that remains is to download the app and get your news on!

Soompi Spotlight
soompi app
How does this article make you feel?