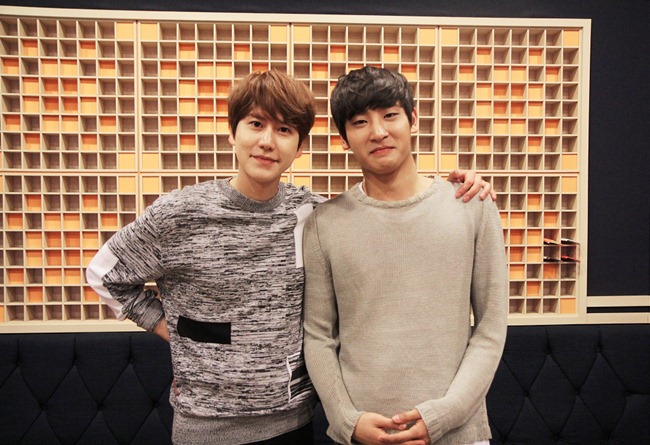 Korean-American singer Parc Jae Jung has opened up about why he wanted to work with Super Junior member Kyuhyun, revealing that he was a fan of Kyuhyun’s before the duet happened.

On the May 31 broadcast of SBS PowerFM’s radio program “Kim Chang Ryeol’s Old School,” host Kim Chang Ryeol asks Parc Jae Jung, “Why did you want to work with Kyuhyun, out of all the singers out there?

Parc Jae Jung answers, “I listened to Kyuhyun-sunbae’s songs ‘At Gwanghwamun’ and ‘A Million Pieces’ and really liked them.” He then says that he personally asked his CEO, Mystic Entertainment’s Yoon Jong Shin, for the opportunity to work with Kyuhyun. “As it turns out, he was also thinking the same thing.”

Super Junior
Parc Jae Jung
Kyuhyun
How does this article make you feel?