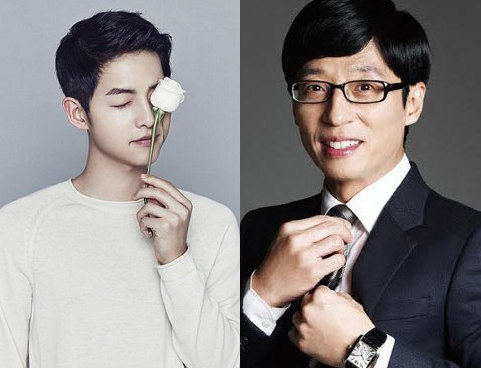 Who Do Koreans Most Want To Host Their Wedding?

The poll, which was run by one matchmaking service from May 6 through the 23, polled 403 unmarried men and women. The results of the poll, which asked, “If you could have anyone host your wedding, which celebrity would you choose?” 43 percent of people chose Yoo Jae Suk.

A representative of the survey stated, “With his gift for speaking and his sense of wit, Yoo Jae Suk was a top choice not just among women, but men, as well, proving that he’s considered the nation’s MC.”

In a close second was Song Joong Ki, with 36 percent of the vote. The actor’s popularity has skyrocketed since his appearance in the record-smashing drama, “Descendants of the Sun,” making it no surprise that he was a top choice for dream wedding hosts.

Which Korean celebrity would you want to host your wedding?