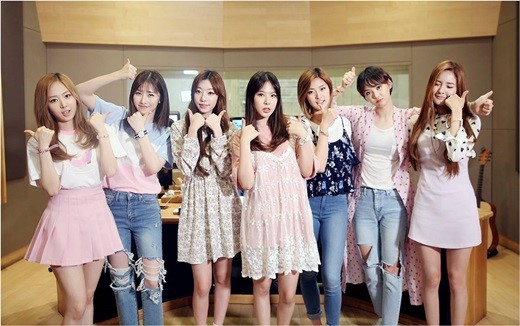 SONAMOO To Make Their Comeback This Summer

Great news for SONAMOO fans – the group is finally making their long-awaited comeback!

At midnight KST on June 1, the SONAMOO official homepage read, “In June of 2016, colorful lights will brighten up one by one along with the Green Moon. Seven different colors will unite into one shining light,” confirming the group’s comeback and hinting at their newest concept.

A representative from SONAMOO’s agency TS Entertainment stated, “The group is planning on returning with a different image than the ones they’ve shown thus far. The seven members will differentiate themselves from other girl groups and show off the strengths that only SONAMOO has.” The representative also noted that it will be the group’s first comeback in almost a year.

SONAMOO last promoted in July 2015 with “Cushion.” Are you excited to see the group make their comeback?