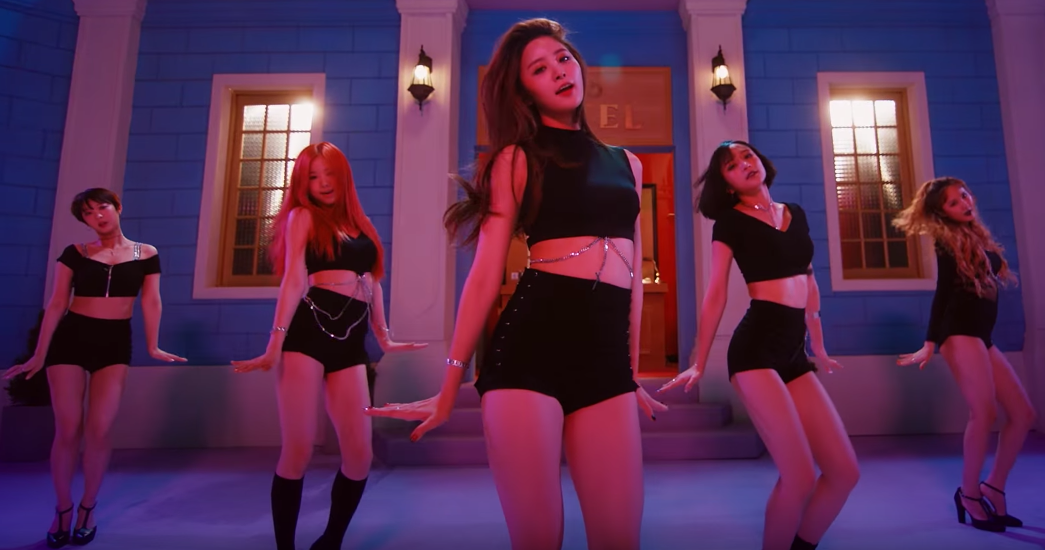 Following their teasers, EXID has revealed their music video for title track “L.I.E.” The track comes from their first full studio album “Street” and is written and composed by Shinsadong Tiger, Bumi Nangi, and EXID member LE.

The members can be seen working at a hotel and going through various emotional changes as they talk about a liar and how they can longer stand his lies.

Hopefully we’ll be able to see more of LE’s self-composed and self-written song as well as solo songs from Solji and Hani. Junghwa and Hyelin will also have a song together.