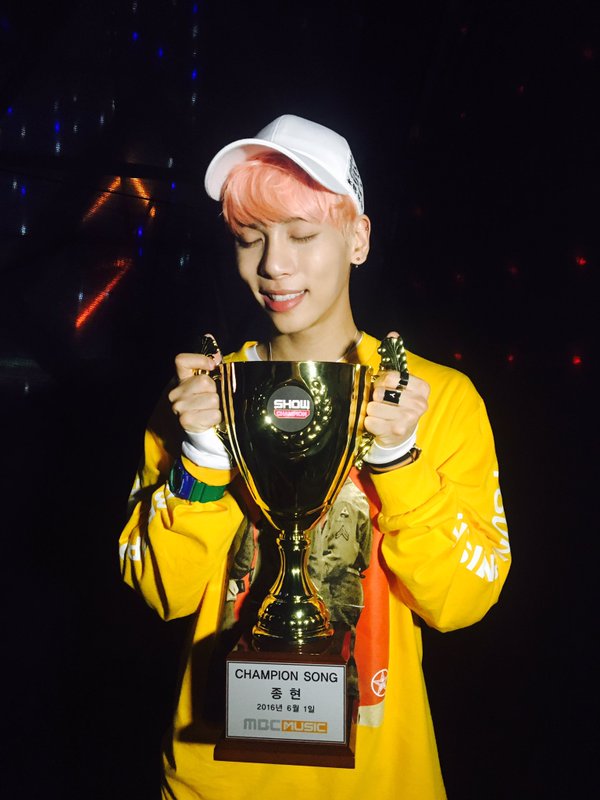 Watch: SHINee’s Jonghyun Grabs 2nd Win For “She Is” On “Show Champion,” Performances By EXID, MONSTA X, Oh My Girl, And More

SHINee’s Jonghyun has grabbed the first music trophy of June 2016 for his new track “She Is”!

On June 1’s episode of “Show Champion,” Jonghyun was up against Block B’s Park Kyung, Akdong Musician, AOA, and TWICE for the win. After he receives the trophy, Jonghyun thanks his agency family, SHINee members, fans, and parents. He says his other members are all busy overseas, but he cutely smiles and waves the trophy to the camera at them, saying “I got first!”

Watch his performances and win below.

Other performances this week were by EXID, MONSTA X, CLC, FIESTAR, Oh My Girl, B.I.G, MAP6, Nolza, Icia, April, Tahiti, Cheeze, Heyne, and AFOS. Check them out below!

Tahiti – “I Want to Know Your Mind”