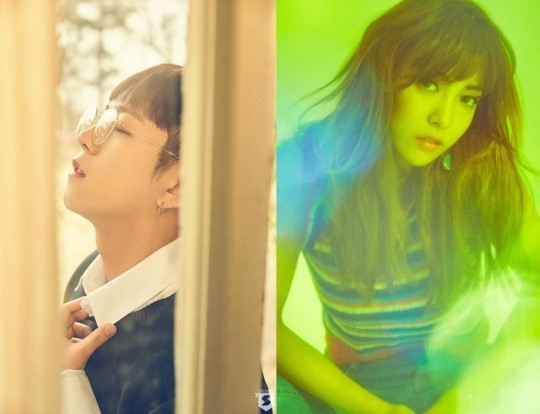 Block B’s Taeil and f(x)’s Luna are expected to put on duet performance at the KCON 2016 France!

According to industry insiders on May 2, the two talented vocalists are teaming up for a duet version of Taeil’s groupmate Zico’s “It Was Love,” originally featuring vocals by Luna. Their performance will take place at the Accor Hotels Arena in Paris on June 2.

This is the first time for Taeil and Luna to collaborate on a song. Both Block B and f(x) will also be making group appearances at the event.

Block B
KCON 2016
f(x)
Luna
Taeil
How does this article make you feel?