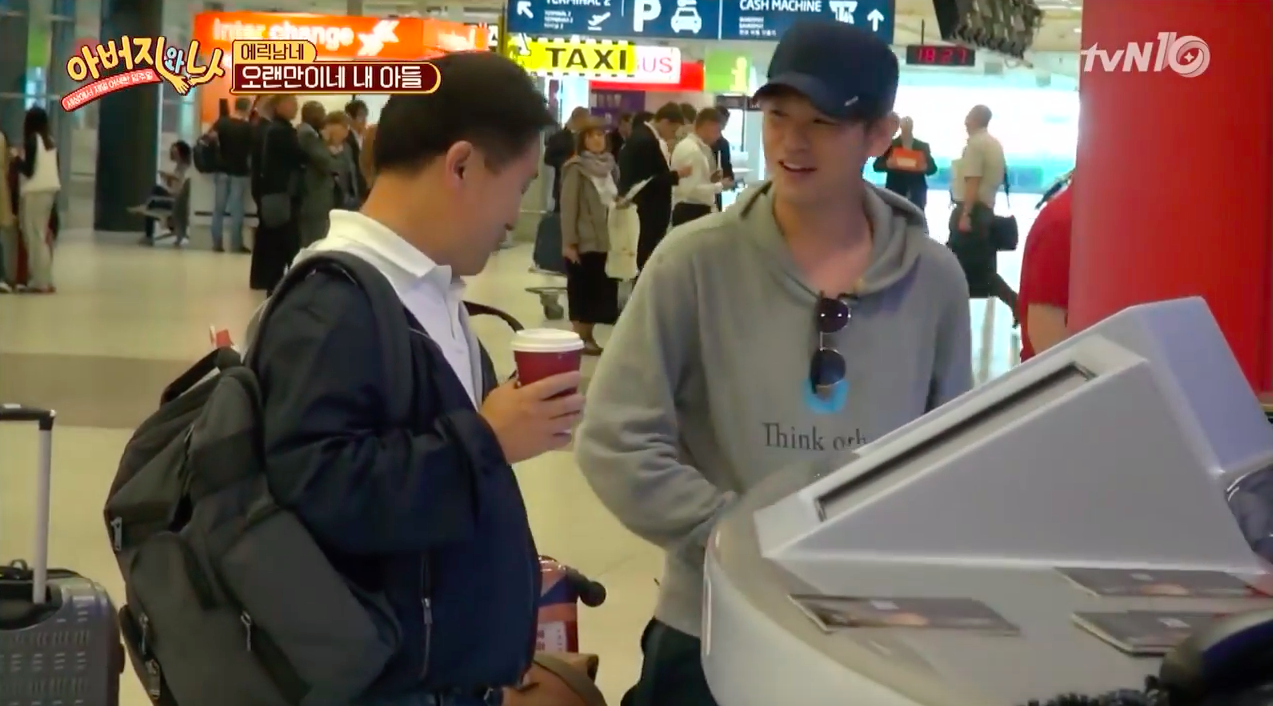 In June 2’s premiere episode of tvN’s new father-son travel show “Daddy And Me,” Eric Nam meets up with his dad to begin their trip in Prague together.

His father lives in Atlanta, Georgia, where Eric Nam was born, and the pair both decide to meet at an airport in Prague. When he arrives, Eric Nam checks the board and realizes that his dad’s plane from Atlanta has come in before his own from Seoul, and so he heads over to that terminal and looks around in the arrivals area for him. 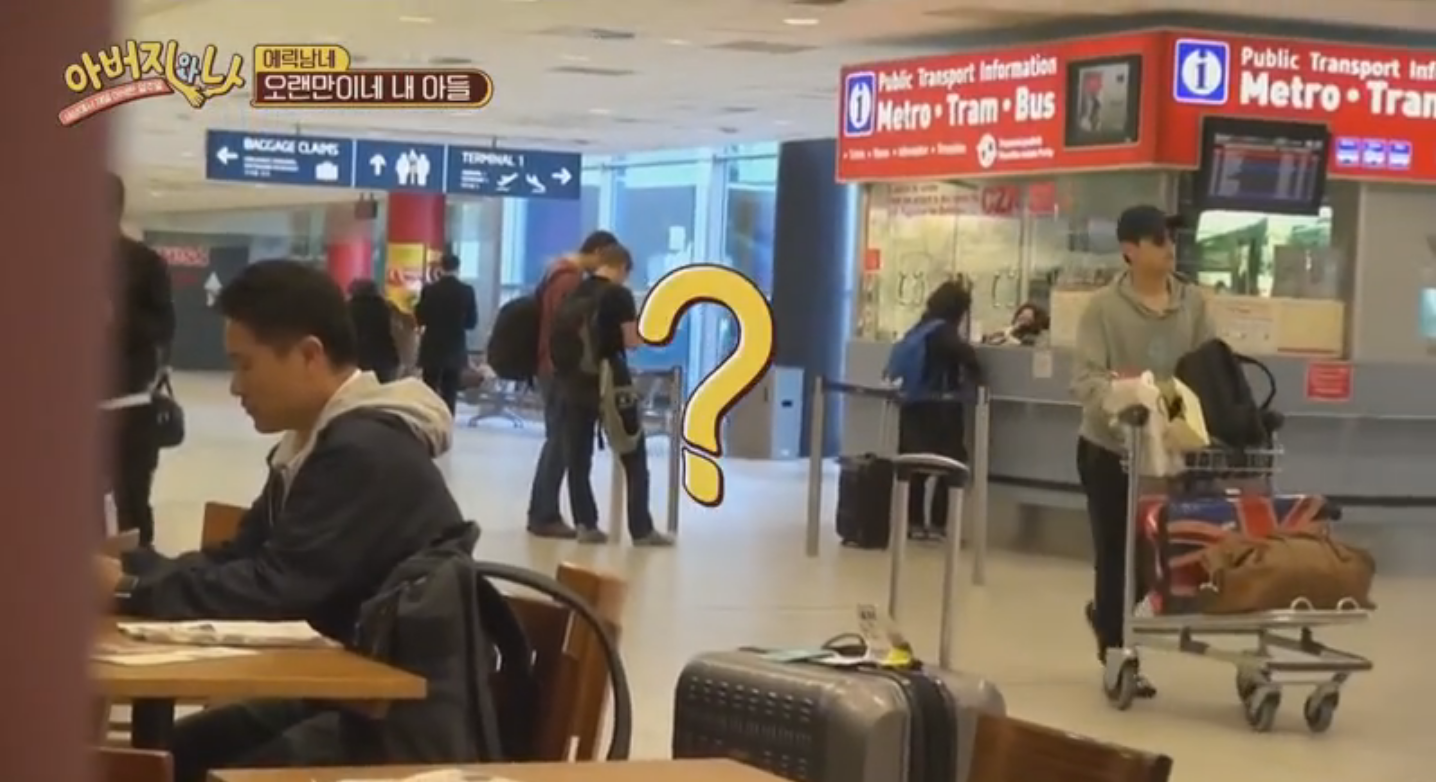 However, he ends up pushing his cart right by his dad, who’s sitting down at a table! Eric Nam thinks his dad might be waiting at baggage claim, so he stands in the arrivals area, looking at brochures. His father tries to call him, but isn’t able to get through. 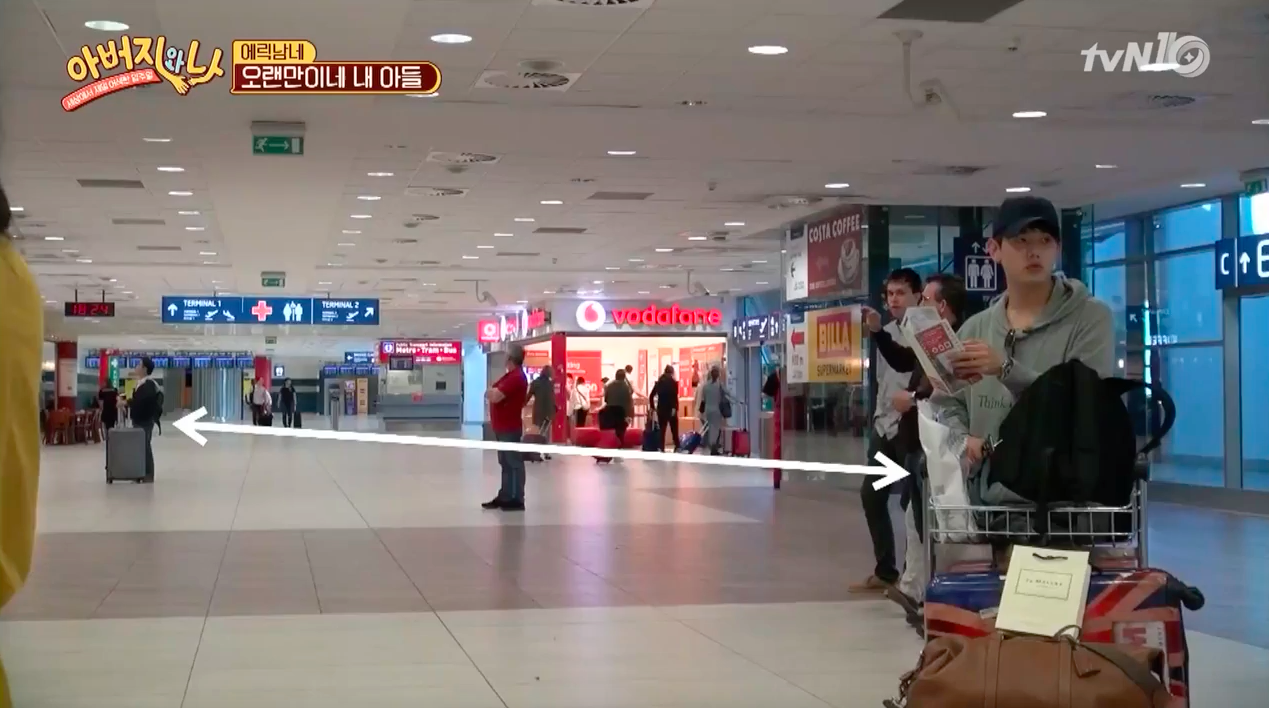 The pair keep looking around for each other, but are unable to recognize each other. Suddenly, Eric Nam starts pushing his cart in his dad’s direction, who is also heading the same way with his suitcase. 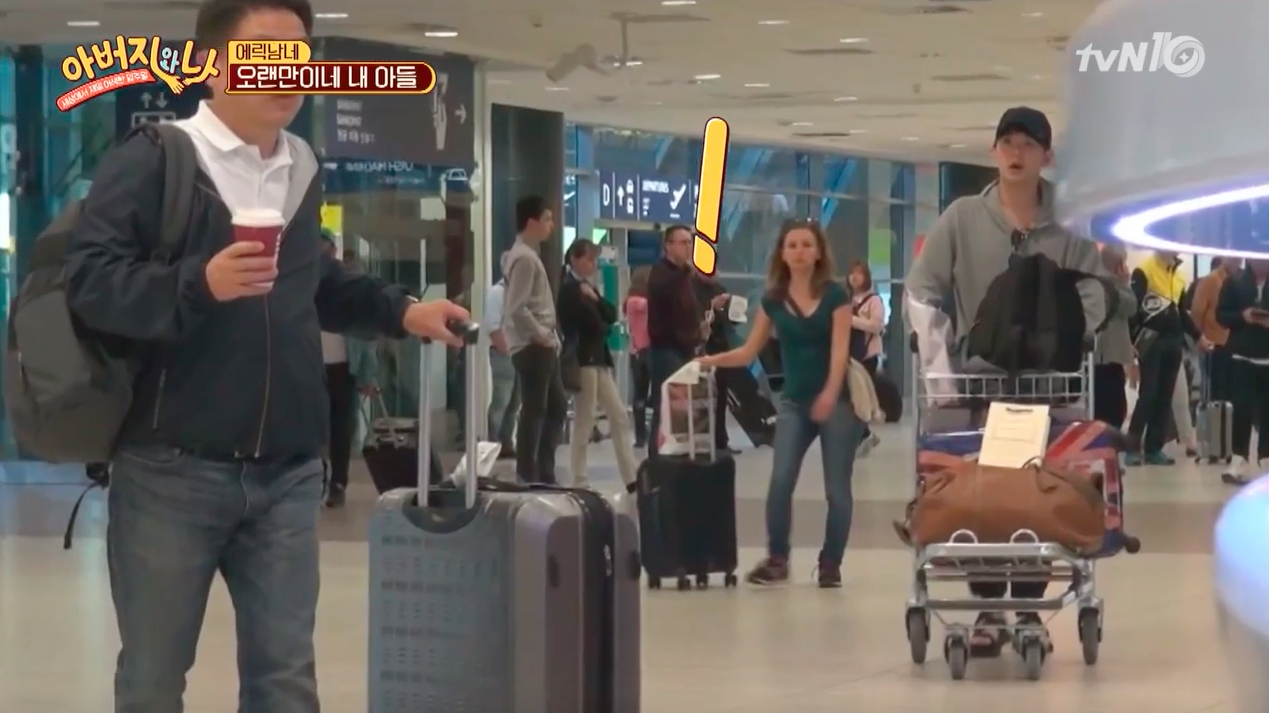 Eric Nam then finally recognizes him, and says, “Dad! When did you get here?!” 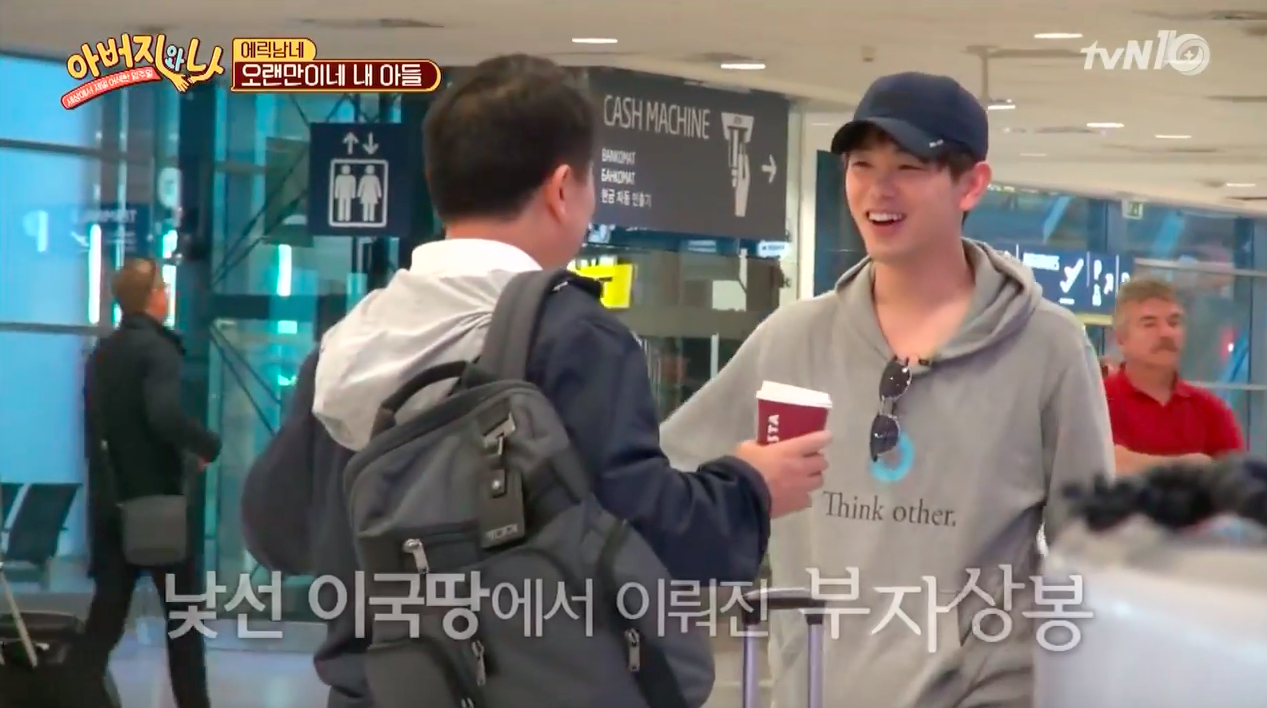 He laughs as he explains in his interview, “There was someone who looked like my father… I thought, ‘Could it be my dad after he dyed his hair?’ He didn’t have gray hair anymore!” 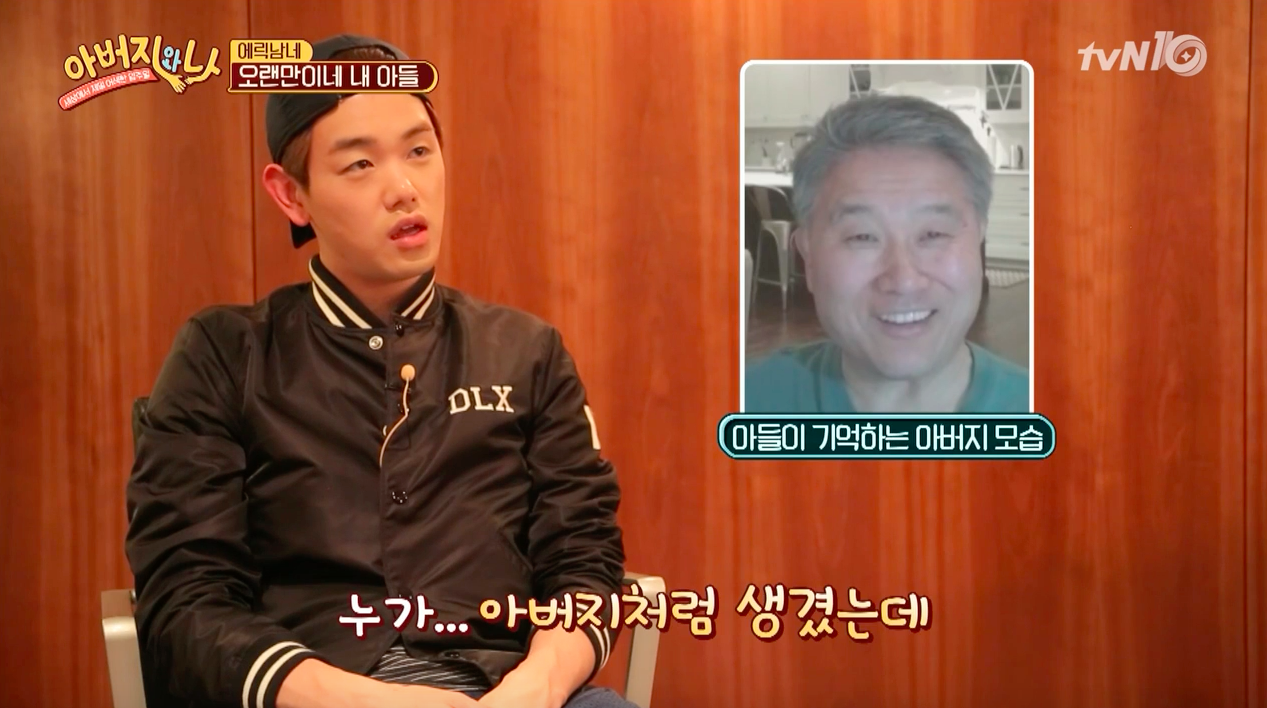 Eric Nam’s dad then notices his son’s casual outfit and sandals. “I don’t think I can travel with you, because of your outfit!” he says, looking down at Eric Nam’s sandals. 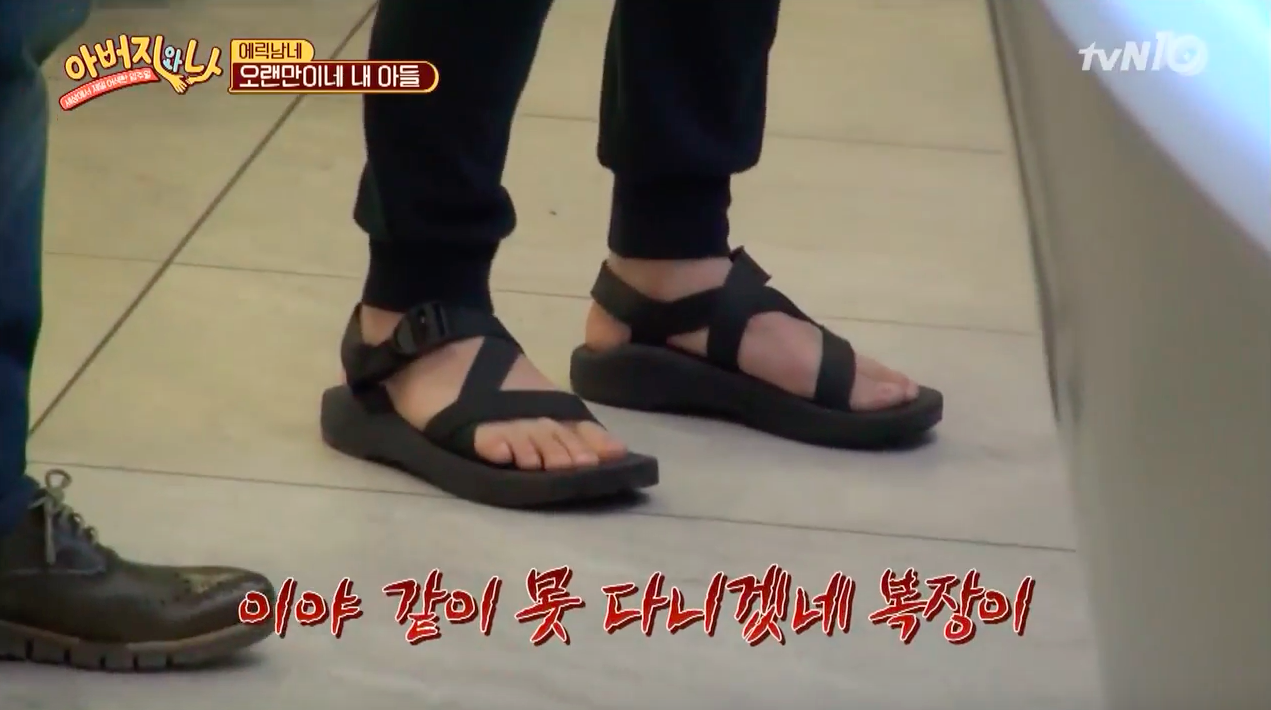 “But it’s so… comfortable!” protests Eric Nam. His dad says in his interview that he had planned to wear comfortable clothes too, but decided to put a lot of effort into his outfit. The show then shares a clip of him laughing as he shows off all the outfits that his wife has planned for him, complete with photos.

Eric Nam
Daddy and Me
How does this article make you feel?