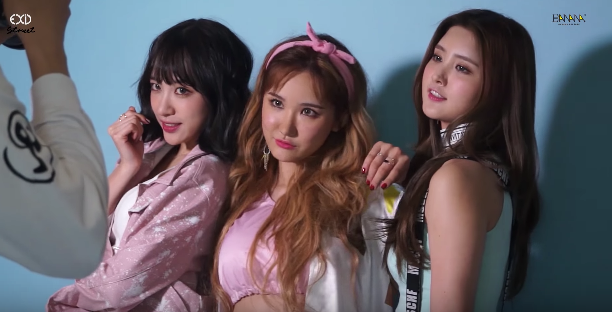 In the newly released footage, the EXID members take fans through their three-part comeback prep, recording for the record, filming for the music video for “L.I.E,” and shooting the album jacket.

Fans get a sense of the individual EXID members’ personalities in the videos, whether they’re fooling around during downtime at the arcade or rehearsing their parts before entering the recording booth.

Check out the videos below, and share with us your thoughts!

Meanwhile, EXID made a comeback with their first full studio album “Street” on June 1. The group also released a music video for title track “L.I.E.”

Support the artist by buying EXID - Street from YesAsia
EXID
How does this article make you feel?