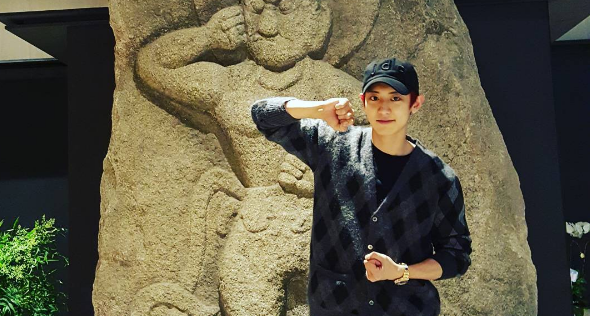 As of June 3 KST, EXO member Chanyeol has amassed more than seven million followers on his personal Instagram profile.

Having joined Instagram in April of 2014, Chanyeol has reached this impressive milestone in approximately two years.

Over the past two years, Chanyeol has used his Instagram to share his personal life with his fans, including screenshots of his conversations with fellow EXO members, videos of his music making, and of course adorable winking selfies.

Meanwhile, Chanyeol’s upcoming film “So I Married An Anti-Fan” is slated to hit theaters later this month. He will be starring opposite SM labelmate Seohyun of Girls’ Generation.

Thanks to Pamela for the tip!