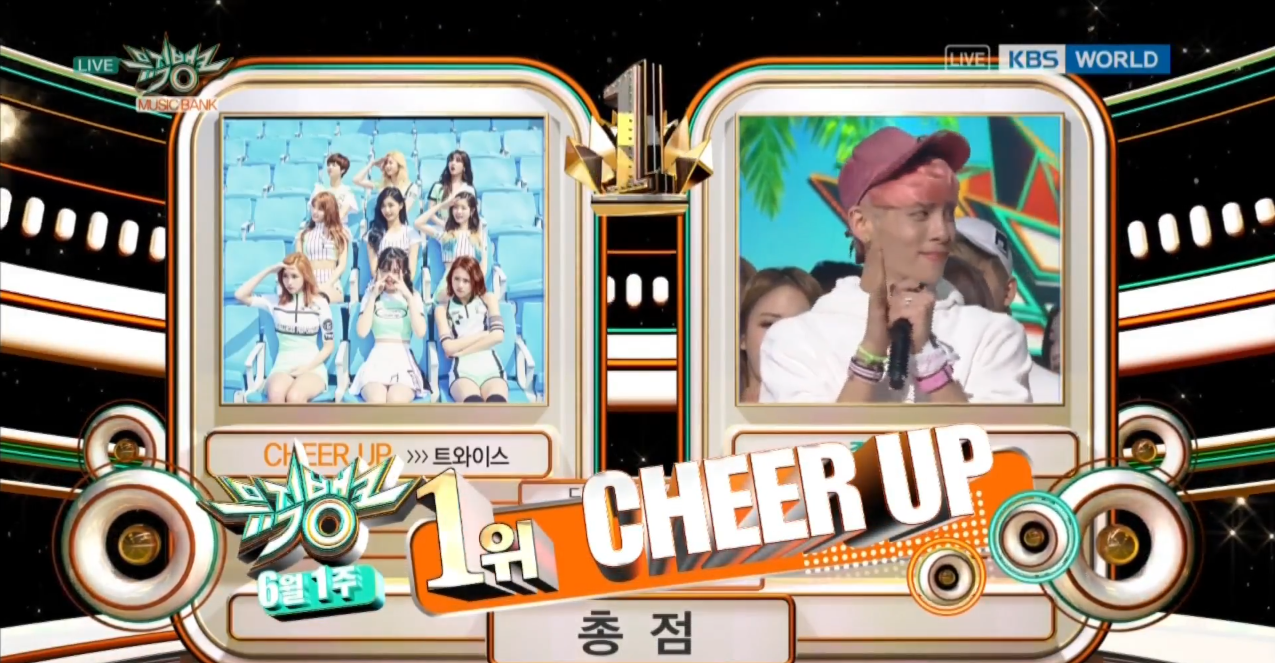 Watch: TWICE Gets 10th Win With “Cheer Up,” Performances From EXID, FIESTAR, KNK, And More On “Music Bank”

The June 3 episode of “Music Bank” featured TWICE and SHINee’s Jonghyun as contenders for first place. TWICE ended up winning with 6,535 points. TWICE did not appear on “Music Bank” today as they had their farewell performance on last week’s episode.

“Music Bank” also apologized for last week’s error and mentioned that TWICE received an award for last week and that the music show will work harder in order to prevent such mistakes from happening again. Counting that win, this week’s win make it TWICE’s 10th with “Cheer Up.”