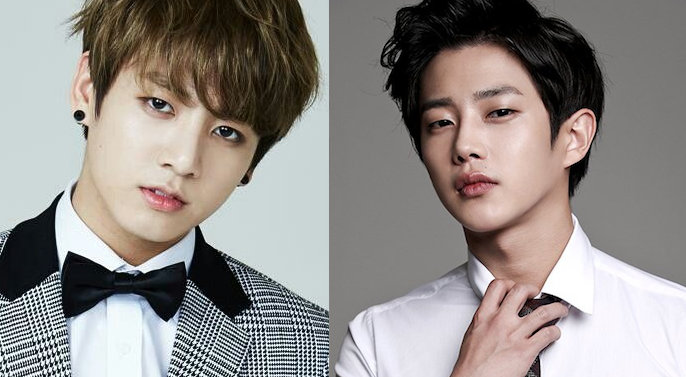 After the first episode of new variety show “Flower Crew,” viewers have criticized some of the cast for their comments and actions towards fellow cast members Jungkook of BTS and actor Kim Min Suk.

In the first episode, Jungkook arrives at the filming location with a bag full of hamburgers for his cast members, happily handing them to the group. He smiles as he describes how big the burgers are and what’s inside them to the camera, but then Jo Se Ho says, “I think these are leftovers.” The other guys object to his comment, and Jungkook says, “No, they’re new!” Jo Se Ho then hands two of the hamburger containers to Jungkook, saying “Forget it,” and walks away.

Jungkook then turns to the camera and says, “They didn’t take them…” while holding out the containers.

Netizens have commented, “Where did you learn that it was okay to say ‘I think these are leftovers’ to a young dongsaeng who bought you hamburgers?” and “Even if you can’t take good care of a young dongsaeng who’s on his first ever variety show, was there really a need to tell him off like that?” Another says, “He looked so embarrassed. Of course it’s variety, but that was too much.”

Later on, Kim Min Suk and Yoo Byung Jae are eating the hamburgers when Jo Se Ho turns to Kim Min Suk and says, “You’re stuffing it all in your face?” The rude and informal language he used to say this has surprised many viewers.

Seo Jang Hoon has also been under fire for seemingly trying to ride the coattails of Jungkook’s popularity by making comments about their closeness, and ignoring Kim Min Suk when he read out a comment by a fan telling him to stop it because Jungkook seemed uncomfortable. Seo Jang Hoon also repeatedly complained about the voting system, claiming that it was unfair.

In addition, viewers have been criticizing the show itself for using a format in which it seems inevitable that Jungkook would be the winner, due to BTS’s huge fanbase and their popularity on V app. Meanwhile, Jungkook seemed uncomfortable with the idea of being team leader on the show, and even mouthed to viewers, “Don’t pick me, don’t pick me!” After being made to feel uncomfortable due to his popularity, Jungkook also told viewers that he wanted to experience something difficult like being on the “dirt path” team.

One netizen says, “Popular Jungkook was uncomfortable, and Jo Se Ho who didn’t have many ‘hearts’ was also uncomfortable. Why on earth was this made?”

What do you think of this controversial new show and some of the cast’s actions?