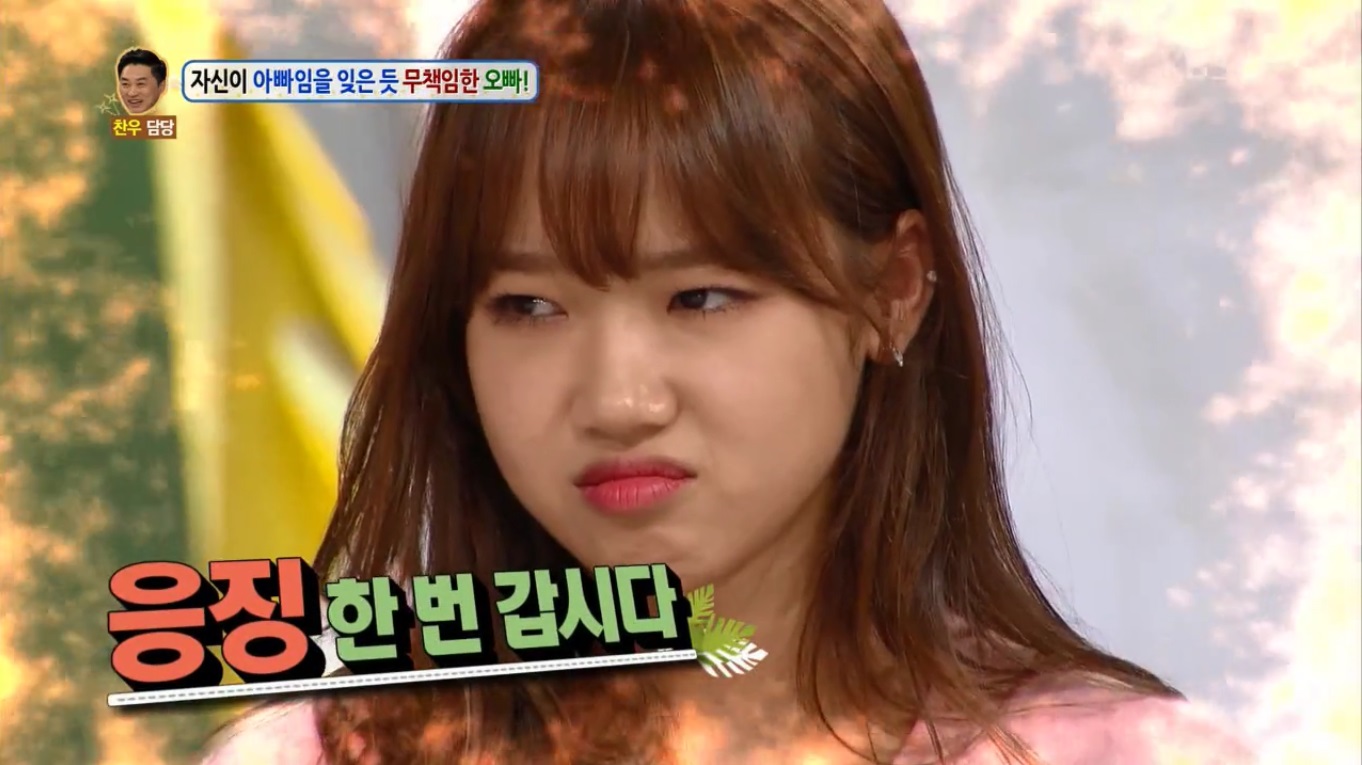 Choi Yoojung and Zhou Jieqiong of girl group I.O.I lend their ears to a story about an irresponsible father.

On KBS’s “Hello Counselor,” the girls listen to the problem of a woman who carries the responsibilities of her neglectful older brother for his own son.

So much of the lady’s time outside of work is spent looking after her nephew that it has become impossible for her to set aside time to meet up with her friends or join work dinners.

She recounts how she fulfills the everyday chores involved in taking care of her nephew, while until recently her brother did not even support his child financially, with their mother shouldering the expenses.

Hearing this, Cho Yoojung is visibly upset and gives her two cents on the issue. She states, “That’s fine until you get married but once you have a child, your life has to be more dedicated to the child than yourself, and you really don’t seem to be doing that.”

Host Lee Young Ja tells her, “Is that why you looked so angry?” and asks Choi Yoojung to show her earlier expression, entertaining the audience with her furious but adorable scowl.

Watch Choi Yoojung and Zhou Jieqiong on the June 6 episode of “Hello Counselor,” which airs every Monday at 11:10 p.m. KST.