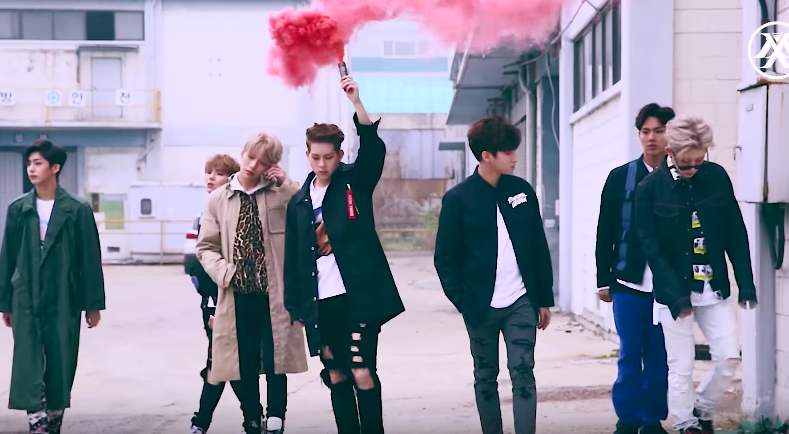 The two minutes of footage contains ample eye candy as the MONSTA X boys smolder in front of the camera. Can we also talk about Changkyun’s abs?

Meanwhile, MONSTA X released their third mini album “THE CLAN Part 1 Lost” along with a music video for title track “All In” on May 18.

Since then, the boys have dived into promotions and recently announced that they would be holding their first solo concert this summer in July.