Before Lee Hong Ki arrives, Lee Jae Jin shares that the other members are sending him text messages in their group chat room, and asking him to act as their representative by thanking their fans for them. “The members are watching now though, everyone!” he promises. “We’re going to keep working really hard.”

“If it’s true that FTISLAND received love from our fans in the beginning because of luck, despite our lack of skill, I think now we’re finding our own path. We have so much we want to show you,” Lee Jae Jin says.

During the show, Lee Hong Ki joins Lee Jae Jin and talks about their upcoming album, which is in its final stages, with only one more day of recording left. 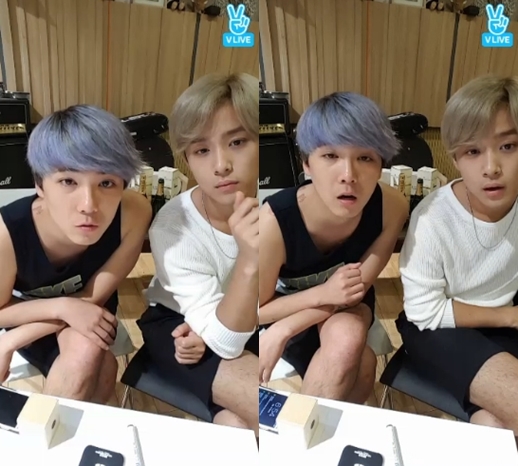 Lee Hong Ki says, “If you thought we were powerful in our previous album ‘I Will,” this time around we’ll be both polished and powerful. We’ve also tried new genres.”

He adds, “I felt like I was about to die when we were recording the song that Lee Jae Jin wrote.” He also says that all the songs on their new album were written by them, just like their 2015 album “I Will.”

Are you looking forward to a comeback from FTISLAND?