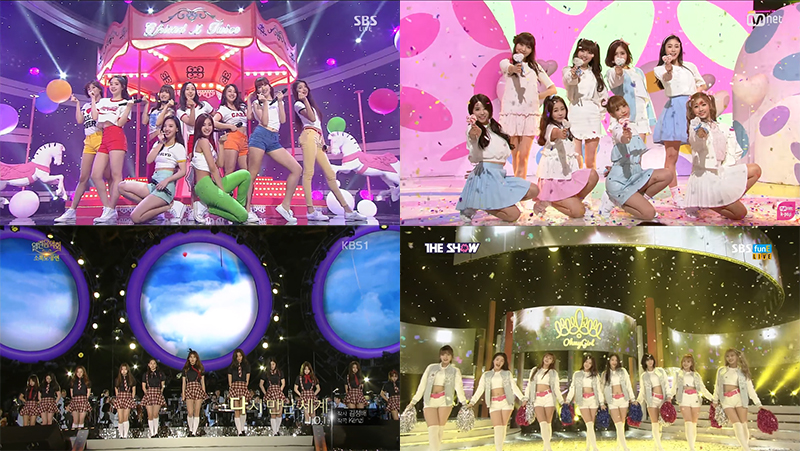 Vote: Which Recent Girls’ Generation Song Cover Was The Best?

For the past three months, we have been treated to special performances featuring newer girl groups covering Girls’ Generation’s past hit songs.

The most recent cover featured I.O.I performing Girl’s Generation’s debut song “Into The New World.” While the performance was recorded in May, it was just aired on TV this week on KBS Open Concert.

Lovelyz, currently promoting their more serious sounding track “Destiny,” returned to their cute roots for a special stage of “Kissing You” on M!Countdown last month.

Oh My Girl showed off their energetic cover of “Oh!” back in April for SBS The Show. This wasn’t their first cover of a Girls’ Generation song as they also learned “The Boys” last fall.

Members of TWICE and GFRIEND teamed up for a special performance of “Gee” on Inkigayo in March.

Want to watch more covers? Here are a few older ones.