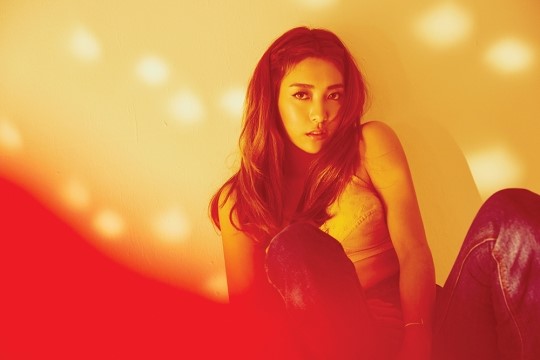 For the week of June 18, 2016, BABYMETAL took first place with “Metal Resistance,” Celtic Woman took second place with “Destiny,” and Luna led the K-Pop artists on the chart in third place with “Free Somebody.”

Released on May 31, “Free Somebody” is also highlighted on the World Albums Chart as a “Hot Shot Debut.” 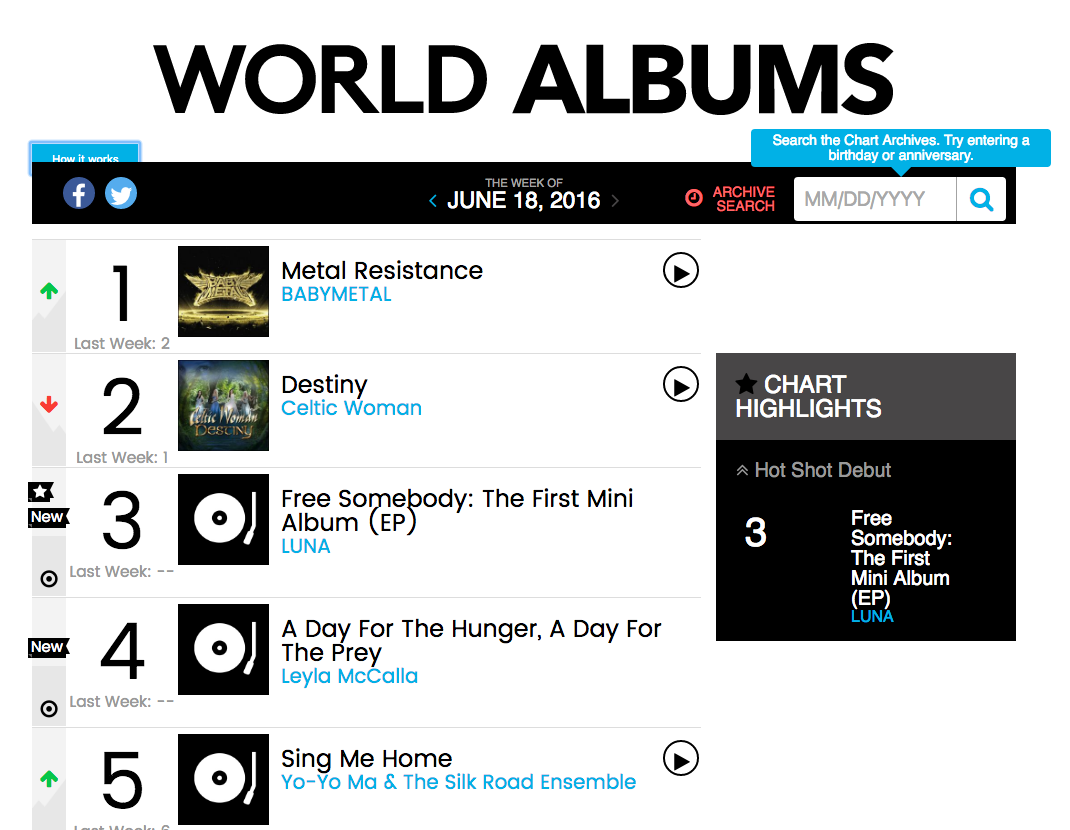 SM labelmate Jonghyun of SHINee joins Luna on the weekly chart in eighth place with his first solo album “She Is.” Placing in fourth place last week, “She Is” has made it onto the chart for two consecutive weeks.

The final K-Pop group that made it into the world music chart this week is girl group EXID, in ninth place with “Street.”