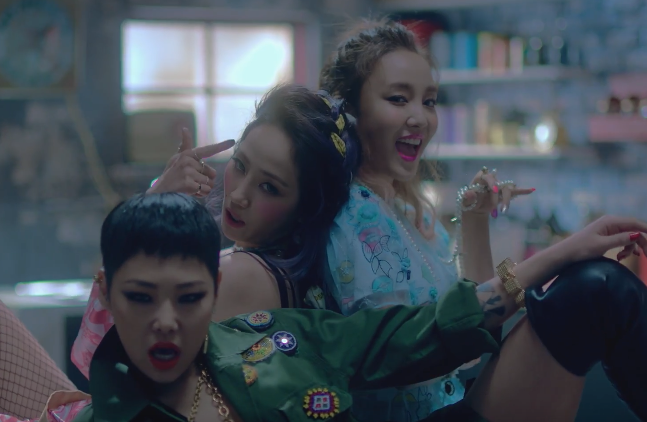 The music video teaser for Younha’s track featuring HA:TFELT (Wonder Girls’s Yeeun) and Cheetah has been released. The trio are fierce and edgy as they send a message. Check it out below!

After revealing details about her collab with Wonder Girls’s Yeeun (HA:TFELT) and Cheetah, individual teasers have been released by C9 Entertainment.

The teasers feature the words “Get it.” All three artist show their charisma as they prove that they’re not to be messed with. Younha is seen in front of a mirror, Cheetah holds a drill in her hand, and HA:TFELT shows a bottle that has the word “warning” written on it.

HA:TFELT participated in the writing and composing of Younha’s new song while Cheetah created the rap for it. Looks like we’ll be able to see a whole different side to Younha soon.

The collab track will be released on June 13 at midnight KST.

HA:TFELT (Yeeun)
Cheetah
Younha
How does this article make you feel?