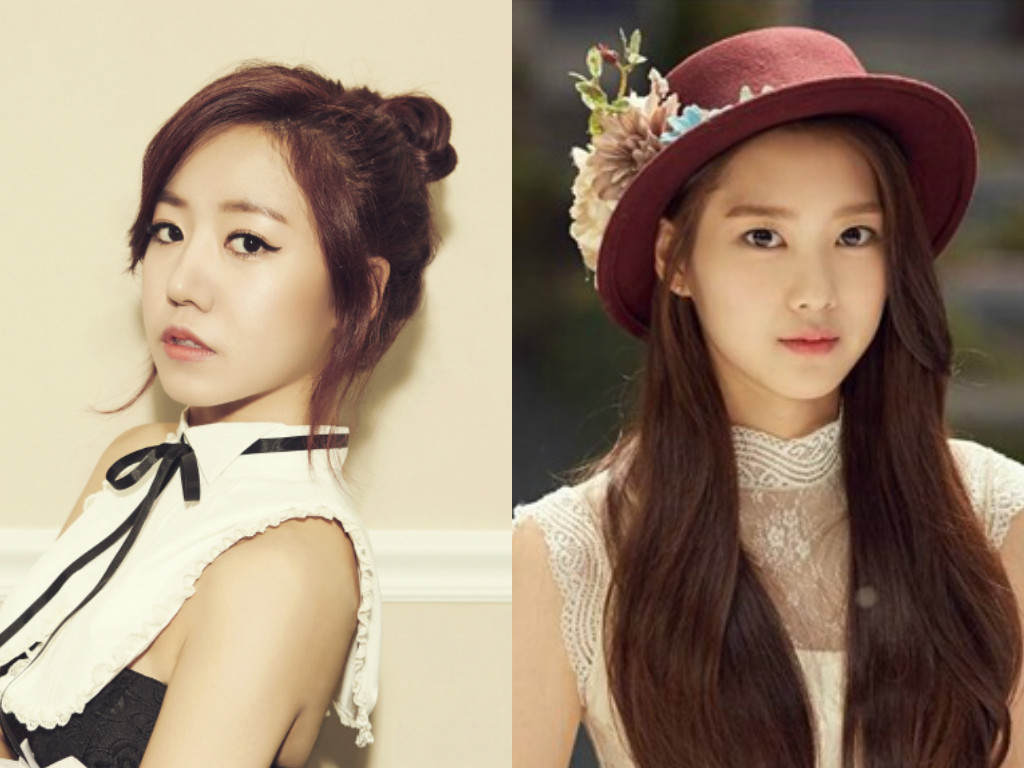 A Pink’s Namjoo and Oh My Girl’s Jiho have been added to the line-up of the new eating show “Girls Who Eat Well.”

Previously, JTBC confirmed that TWICE’s Tzuyu, Red Velvet’s Seulgi, Secret’s Hyosung, and Nine Muses’ Kyungri will be appearing on the show as well, to put up a eating battle for the viewers.

A Pink’s Namjoo is already well-known for her love for eating, having been a MC for the food program “Gourmet Road 2.” About her upcoming appearance on this new eating show, she confidently said, “I don’t think I need to practice as long as I just eat like I usually do.”

Oh My Girl’s Jiho is one competitive player, too. During one of the programs celebrating the Lunar New Years’ Day, Jiho went against comedienne Lee Guk Joo and beat her in a jjajangmyun eating contest, finishing the whole bowl in just 39 seconds!

“Girls Who Eat Well” is a new eating show with girl group members who go against each other in mukbang battles. Kim Sook, Jo Se Ho, and Yang Se Hyung will be the MCs and singer Kim Hong Gook will be the mukbang judge.

The first eating battle will be broadcasted live through Naver V on June 15, and the actual first episode will be aired in the beginning of July.

Are you excited to see them in this show?

Apink
Girls Who Eat Well
Oh My Girl Jiho
Namjoo
How does this article make you feel?