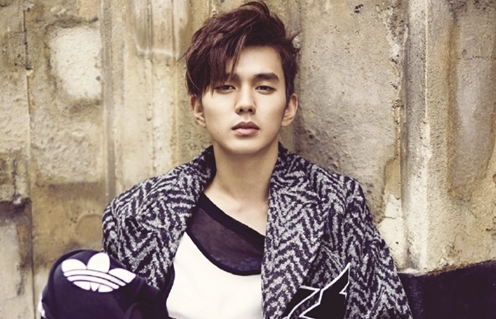 Yoo Seung Ho In Talks To Star In Webtoon-Based Drama

Actor Yoo Seung Ho may be returning to the small screen through a webtoon remake!

On June 9, Yoo Seung Ho’s agency stated, “He has been offered the role in the webtoon remake ‘The Man Living in Our House’ (working title). He is looking over it and will make his decision soon.”

If he decides to take the role, Yoo Seung Ho will be playing Go Nan Gil, a farmer who has a past of being part of a legendary gang. He is only in his mid-20s but has gone through all sorts of hardships. He is bright but sometimes dark, cold but sometimes innocent. He has a kind heart with a life goal of protecting his family. Unlike Yoo Seung Ho’s last drama “Remember,” he will be playing a more comical character in this webtoon remake.

The webtoon writer for “The Man Living in Our House” is the same writer for “Flower Boy Next Door” and “Fool’s Love.”

“The Man Living in Our House” is in talks to air in October on KBS 2TV after “Moonlight Drawn by Clouds” and before “Hwarang: The Beginning.”

Do you want to see Yoo Seung Ho in this drama?