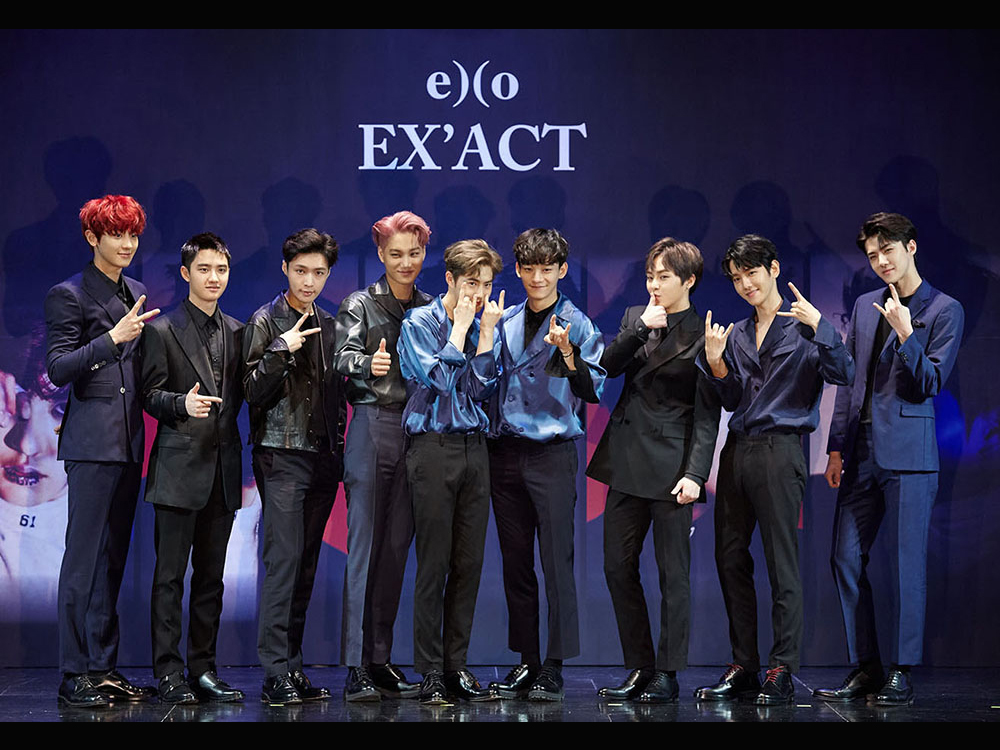 EXO is dominating the music charts with their comeback album!

Not only that, but their song “Lucky One” has rose to second place and their other songs in the album are topping the charts as well.

EXO’s popularity is being proven not only domestically, but also worldwide. The “EX’ACT” album has claimed the number one spot in Hong Kong, Indonesia, Malaysia, Singapore, Taiwan, Thailand, and Vietnam’s iTunes charts. It rose to the top 10 in the Philippines, Japan, Russia, Finland, Turkey, Mexico, Denmark, Sweden, and Canada, and is in 15th place in the United States.

EXO’s pre-order sales for the comeback album have surpassed 660,000 orders already and is predicted to be another one of EXO’s million sellers. Seeing how great EXO is doing on the music charts already, their comeback is bound to continue breaking records.