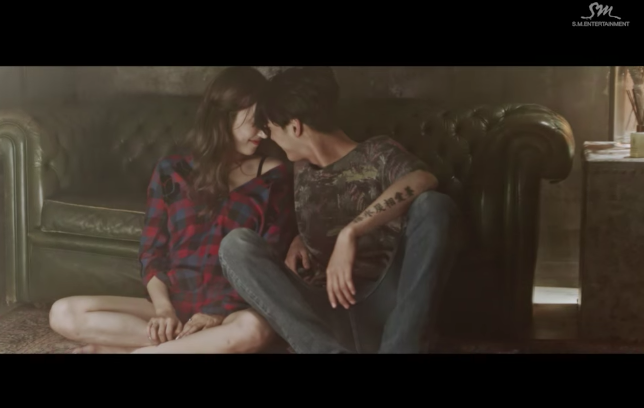 The single entitled “Heartbreak Hotel” dropped on June 10 at midnight KST. The release is a part of SM Entertainment’s ongoing music project SMSTATION which is expected to put out a new single every week for a year. Most of the participating artists are under SM Entertainment, but collaboration tracks have also featured K.Will, MAMAMOO’s Wheein, and now Simon Dominic.

“Heartbreak Hotel” is an emotional breakup number about putting an end to a long-term relationship, brought to life by Tiffany’s beautiful vocals and Simon Dominic’s powerful rap verses. In the music video, Tiffany acts alongside model Son Min Ho to visualize the heartbreaking storyline.