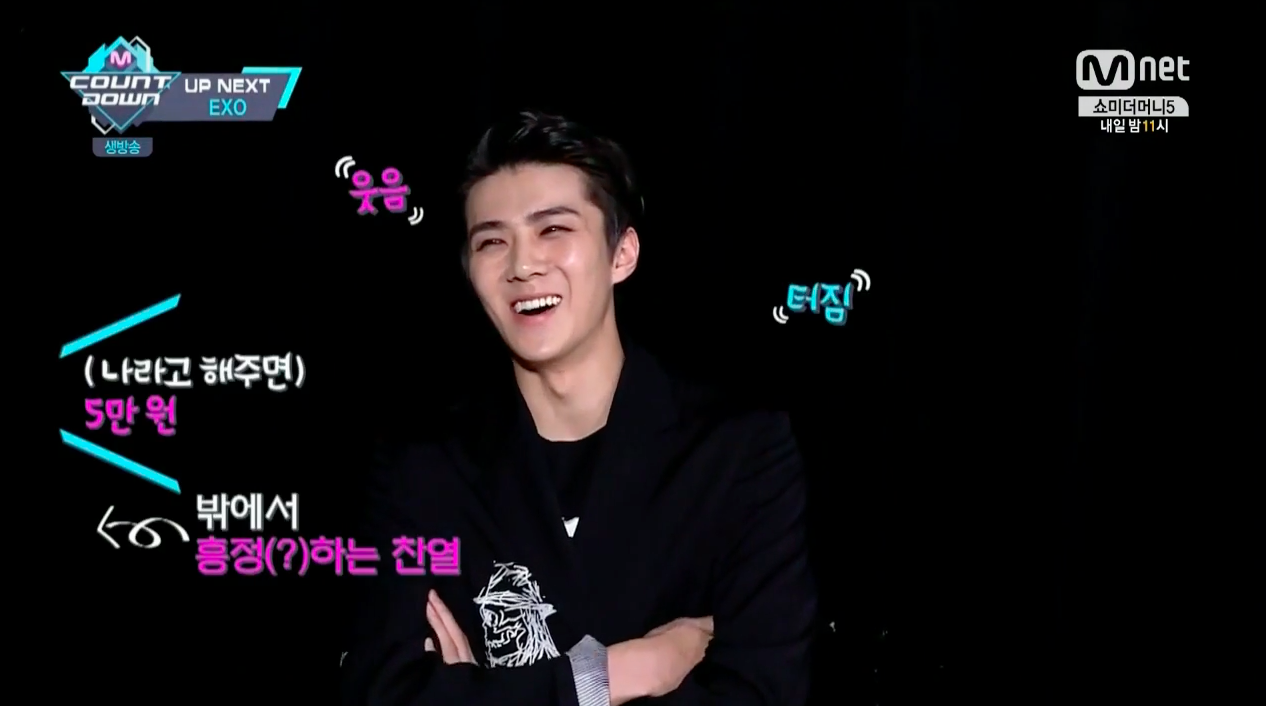 Watch: EXO’s Sehun Picks Which Member Looks Best In “Monster” Concept, With A Bit Of Bribery

Prior to their epic comeback performances on “M!Countdown” on June 9, EXO was asked some questions on the show related to their new double title tracks, “Monster” and “Lucky One”!

During the quick clip, Xiumin says he’d describe himself as a “baby monster” with a laugh. Suho is asked “What’s your ‘Lucky One’ right now?” and he replies, “Getting to meet EXO-L on ‘M!Countdown.’”

When asked which member looks the best in the concept for “Monster,” Sehun just laughs at first. He asks someone off-camera, “Should I say you?” and we hear Chanyeol reply that he’ll give him 50,000 won (approximately $43) if he does.

Sehun smirks and asks if he’ll give him 70,000 won (approximately $60) instead, and Chanyeol agrees. The video then jumps to a clip of Sehun putting on a serious face as he says, “I think Chanyeol looks the best.”

Lay is asked the same question, and replies, “I think it’s Lee Soo Man. Are you watching, sir?”

EXO
Xiumin
Lay
Suho
Sehun
Chanyeol
How does this article make you feel?