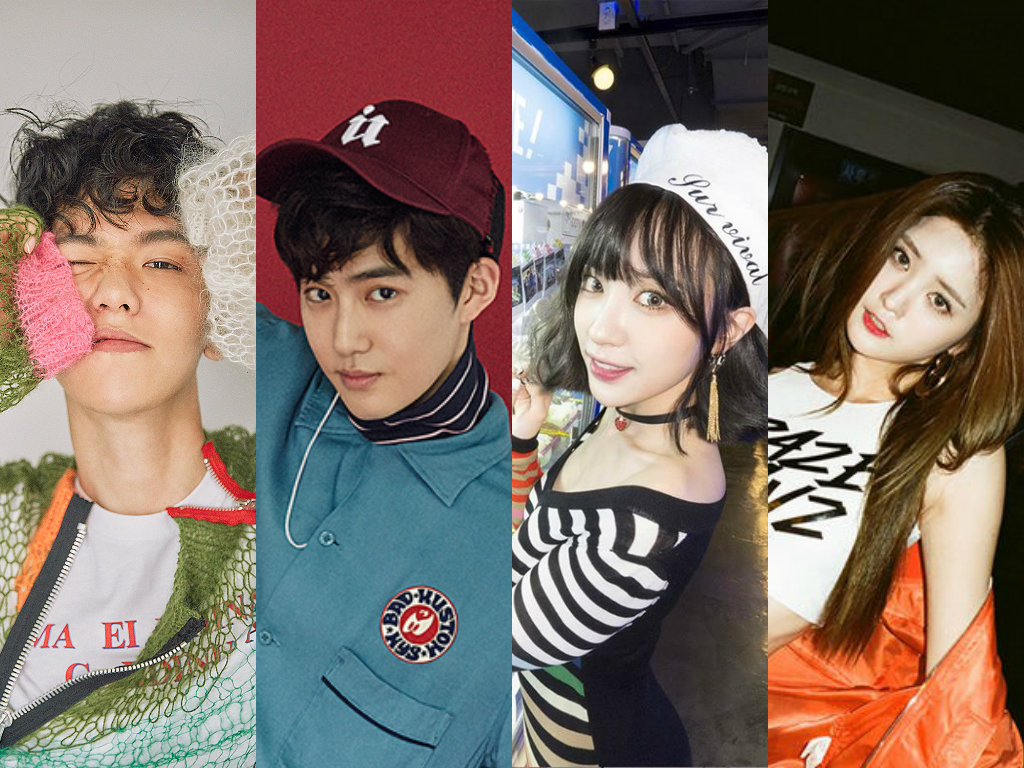 According to information released on June 10, EXO’s Baekhyun and Suho as well as EXID’s Hani and Junghwa will be the special MCs for the June 12 episode.

This will be the second time Baekhyun and Suho return to the iconic music show as special MCs, since their leave as regular hosts back in 2014. EXO will also be holding their comeback stages for title tracks “Lucky One,” and “Monster” during this broadcast as well.

In addition, while this will be the second time for Hani to be featured as a special MC on the show, it will be the first time for fellow member Junghwa. They are currently promoting “L.I.E,” and are nominated in the top three as well.

After BTOB’s Yook Sungjae stepped down from his regular host position on the show, there are no current regular MCs in place for “Inkigayo.” Until further notice, the show plans on featuring new special MCs every week, at least until the end of June.