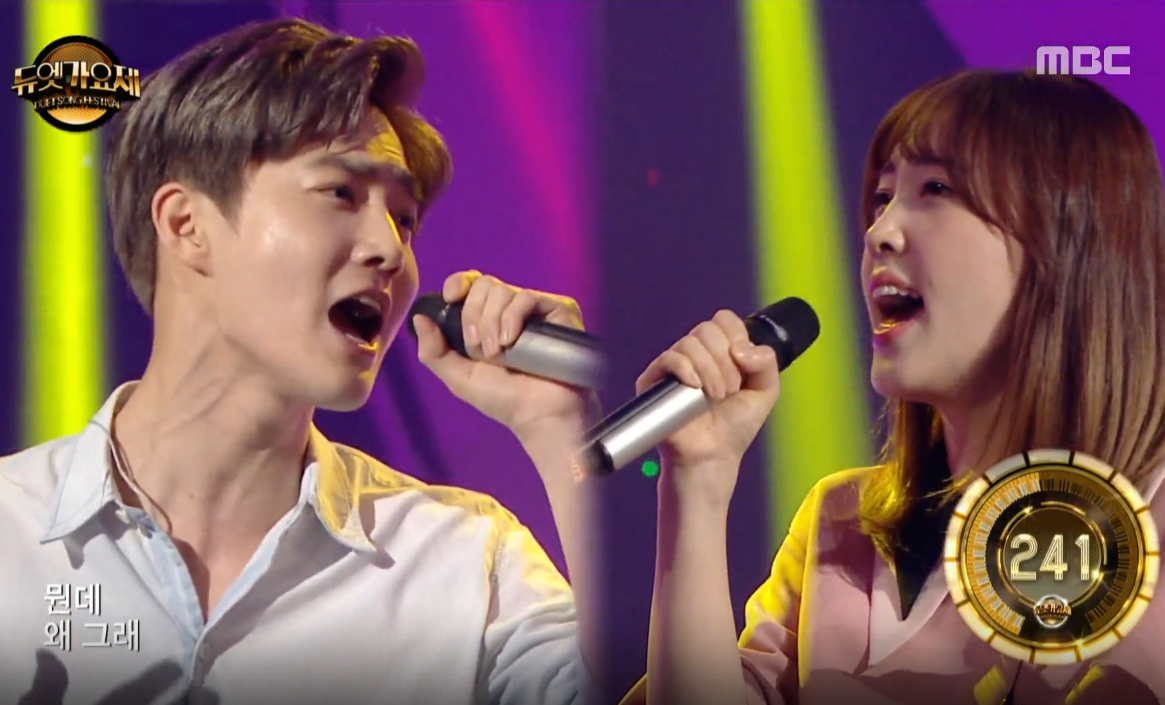 EXO’s Suho shows off his singing skills in his first ever “solo stage” since debut! 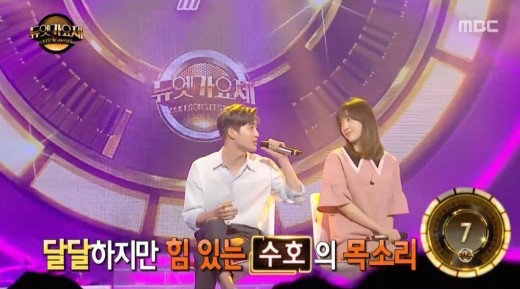 An avid viewer of the show himself, Suho joins forces with Lee Sae Rin, who used to be an idol trainee. The two prepare a lovely, musical-like performance of Kim Hyun Chul’s “What’s the Matter.”

Following their bright and colorful stage, contestant Lee Sae Rin says, “I was less nervous thanks to Suho oppa. But, Suho oppa instead was more nervous.”

The singer reveals, “Today is the first time I’m singing without my fellow EXO members. This was a solo debut stage for me.” 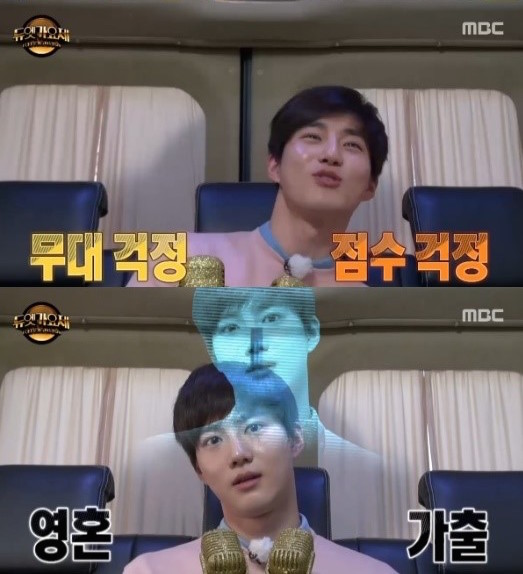 Even when Suho was previously choosing his partner, he continously fidgets due to his nervousness. However, he still watches all applicants’ videos carefully, commenting that “this voice would work well with Baekhyun. I think they sound similar,” to one applicant in particular. 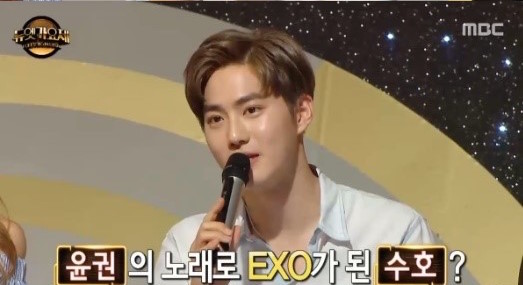 Earlier in the show, the idol also revealed that he actually sang one of fellow contestant Na Yoon Kwon’s songs for his SM audition.

He explains, “[I sang] a song called ‘Her Back.’ Actually, I wanted to remake one of [Na Yoon Kwon] sunbae’s songs for today’s stage, but when I heard he was also included in the lineup, I quickly erased that idea.”

After hearing Suho’s unexpected confession, Na Yoon Kwon expresses his disappointment, answering, “I wish you did.”

Watch a part of Suho and Lee Sae Rin’s “mini musical” below!

What do you think about their performance together?

EXO
Duet Song Festival
Suho
How does this article make you feel?