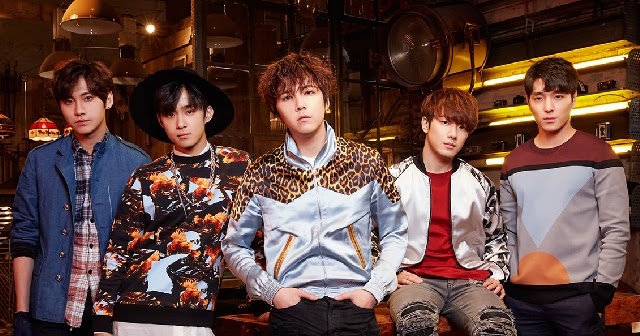 FTISLAND Rumored To Be Making A July Comeback

FTISLAND may be making a summer comeback!

According to an industry insider’s statements on June 10, the group will possibly make a blitzkrieg-like comeback in July. If they do make a comeback as rumored, it will mark their return to the Korean music scene in a year and four months, following the release of their last album, “I WILL,” back in March 2015. Like last time, they plan on only including self-produced tracks.

Previously, member Lee Hong Ki briefly mentioned this supposed new album during a live V App broadcast on June 7. He says, “If we showed off a strong side with our last album ‘I WILL,’ then this time we will return with a more modern yet still powerful [alcum], and will include us trying new things as well.”

He also jokes, “While recording one of the songs Jaejin made, I thought I was going to die.”

Meanwhile, FTISLAND has been vigorously promoting in Japan, after the release of their sixth full Japanese album, “N.W.U,” in April. On June 24, they will be holding a finale concert at the Nippon Budokan in Tokyo, marking the end of their Japanese arena tour.