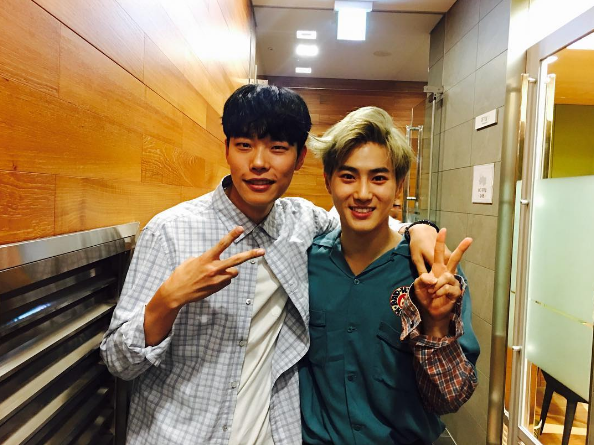 On June 11, Ryu Jun Yeol posted a photo of EXO’s Suho and himself. Along with the photo he wrote “Suho and Suho met, but why is my heart racing?”

His witty remark refers to the fact that his “Lucky Romance” character is named Je Su Ho. Since the two share the same name, fans have been amused at their meetings.

Furthermore, the two were co-stars in the film “One Way Trip” (also known as “Glory Day”).

It appears as though the two met at MBC’s building since Ryu Jun Yeol is busy filming “Lucky Romance” and EXO will be making their comeback performance on “Music Core” today.

EXO
Ryu Jun Yeol
Suho
How does this article make you feel?