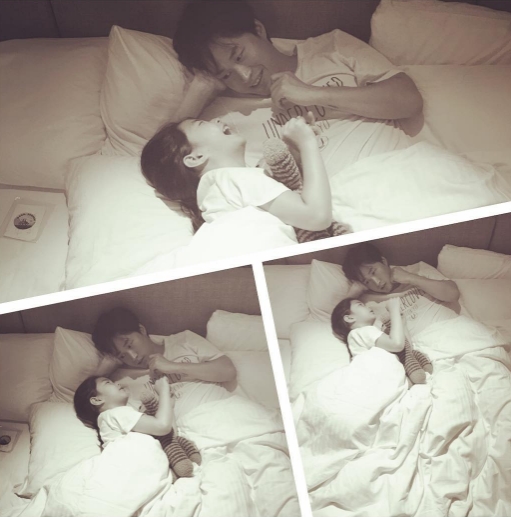 Epik High’s Tablo revealed some photos of him and his daughter Haru adorably unwinding together at the end of the day.

In the photos, Tablo is resting his head on his hand while he watches his daughter, who seems to be enjoying herself.

The father and daughter lay in bed, fondly spending some downtime together. Haru can be seen with a toothy grin, as Tablo looks at her with a doting fatherly smile.

The two don’t spare their displays of affection, with Tablo having previously posted a short video wherein Haru repeatedly says to the camera, “I love you Dad,” prompting him to give her a kiss on the forehead.

The father and daughter tandem of Tablo and Haru was well-loved by viewers of KBS2’s “The Return of Superman” when they previously appeared on the show until the end of 2014.

Haru
Tablo
How does this article make you feel?