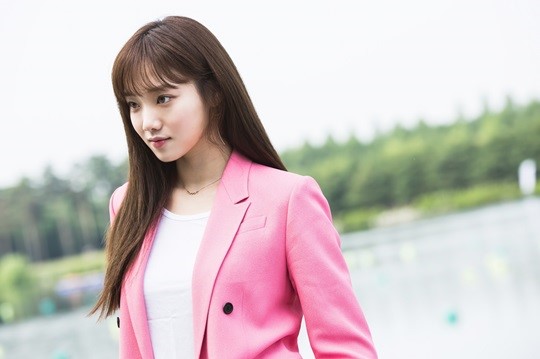 The actress portrays Jin Seo Woo, a woman born with a silver spoon in her mouth as an only child in a prestigious family of doctors.

She gradually grows as a person as she experiences frustration and loss for the first time when her path crosses with her complete opposite, Yoo Hye Jung, portrayed by Park Shin Hye.

With a new look and hairstyle to fit her character, Lee Sung Kyung states, “After growing up with constant love and attention, Jin Seo Woo changes when she meets Yoo Hye Jung and develops an inferiority complex and faces other challenges.”

She stresses, “She does not respond to those new feelings through reckless and purely villainous means. I want to show a character who slowly matures while overcoming pain and misery.”

Furthermore, the actress explains that there will indeed be some rivalry between her and Park Shin Hye’s characters, but, she continues, “They also grow as people through their competition, so you can expect a womance to develop between them.”

She also expresses her goals in her character portrayal and says, “Jin Seo Woo may have a professional career as a doctor, but I will do my best to show the different sides of her and convey her cool and charismatic appeal.”

“Doctors” tells the story of a troubled rebel who transforms into a devoted doctor, portrayed by Park Shin Hye, and her high school teacher played by Kim Rae Won, a man who fights for justice despite his own suffering. They meet for the second time as junior and senior doctors and become entangled in a once in a lifetime love.

Lee Sung Kyung
Doctors
How does this article make you feel?