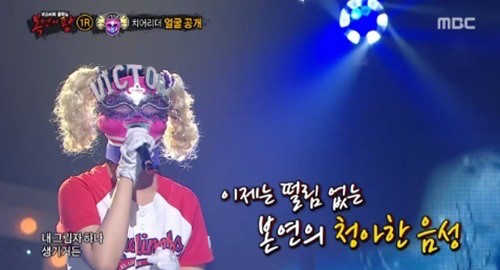 The latest episode of MBC’s “King of Mask Singer” saw yet again another girl group member making her mark and proving her talents as a skilled vocalist!

On the June 12 episode, “Victory’s Cheerleader” and “Overseas Musician Michol” face off in the first round, where they sing Byun Ji Sub’s “You to Me Again.” Their gentle and sweet voices harmonize well together, captivating the audience.

Perhaps it was due to an overwhelming amount of nerves, but “Cheerleader” ends up unfortunately losing to “Michol,” and must reveal her identity. While singing the song she originally prepared for the next round, Jo Sumi’s “If I Leave,” the contestant removes her mask. 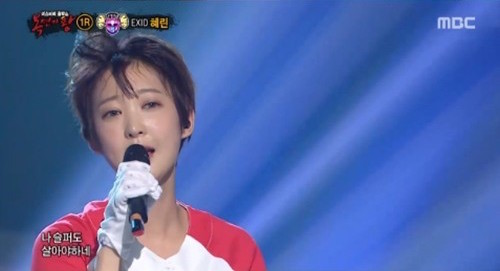 “Cheerleader” turns out to be no other than EXID’s Hyerin! 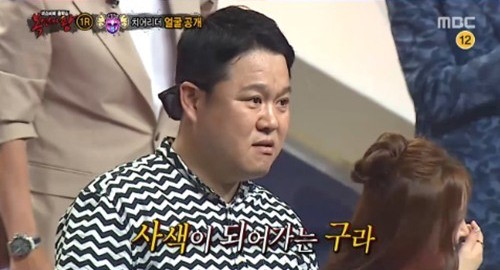 Kim Gura, surprised by her appearance, looks as if he is frozen in place from the shock. The panel even thought at one point that it would be someone closer to the age of 60, because of her sensitivity when singing. Born in 1993, as revealed by the idol herself, Hyerin’s bright and cheerful appearance makes everyone in the audience and panel smile.

Did you correctly guess who it was?

Watch her admirable performances in the latest episode on Viki:

EXID
Hyelin
The King of Mask Singer
How does this article make you feel?