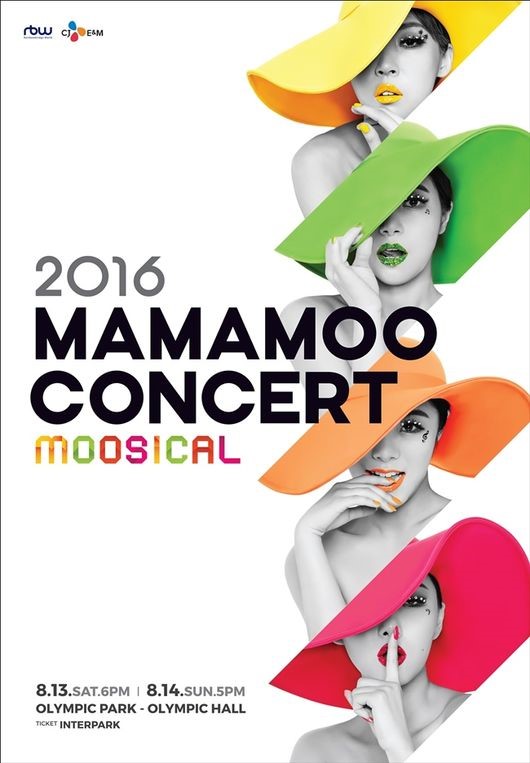 The concert will be held from August 13 to 14 at the Olympic Hall in the Seoul Olympic Park. It is creatively titled “2016 MAMAMOO Concert – The Moosical.”

MAMAMOO has gained attention from their debut in 2014 with their powerful vocals and flamboyant performances. The title of the concert refers to their ability to make their fans feel like they’re at a musical.

With only two years between their debut and their concert, they hold the record for the shortest time among girl groups to get their own solo concert. The concert will hold more than 3000 seats.

Tickets go on sale on June 20 at Interpark for their fanclub and June 22 for the rest of the public.