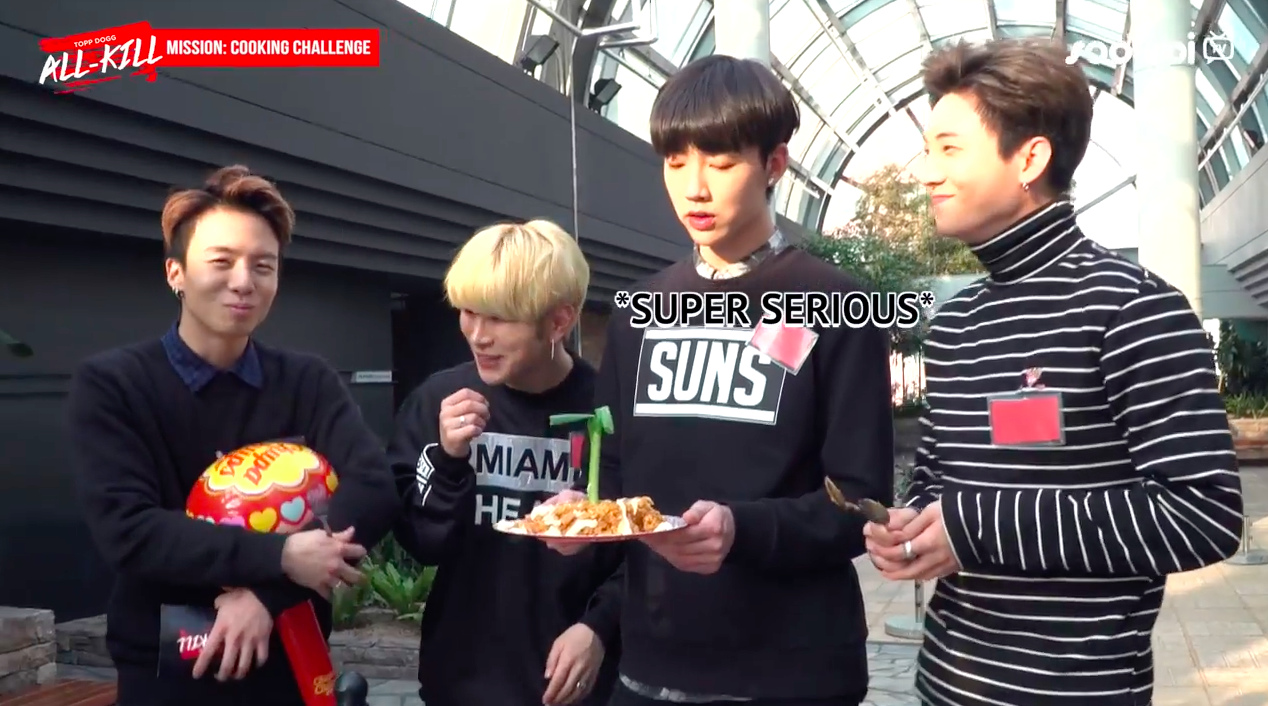 In this week’s episode of “Topp Dogg: All-Kill,” the guys of Topp Dogg put their cooking skills to the test when tasked with making a meal from the ingredients they won in the last episode’s K-Pop knowledge game!

With P-Goon taking the role of MC once again, the guys are given 20 minutes to make cooking magic with the ingredients they’ve got. The “Italian Chef Team” is working with pasta, pasta sauce, bananas, milk, and eggs, the “All-Black Team” has rice, wasabi, gochujang, tuna, and mayo, and the “Maknaes on Top Team” has managed to grab green onions, onions, chips, kimchi, chocolate, ramen, pasta sauce, and sausages.

The guys at first help each other out by sharing ingredients, but B-Joo starts getting possessive over his team’s stuff after Xero proves himself to be a troublemaker once again by stealing all their kimchi.

The “All-Black Team” gets artsy by adding an entire (stolen) green onion to their dish as decoration (although Nakta insists it’s much more meaningful than that), while Jenissi and Hojoon in the “Italian Team” struggle in a race against time to get their pasta dish completed.

Watch all of their cooking challenge, as well as P-Goon’s savage judging, in the full episode below! Be sure to turn on English subtitles.

Topp Dogg
Topp Dogg: All-Kill
How does this article make you feel?