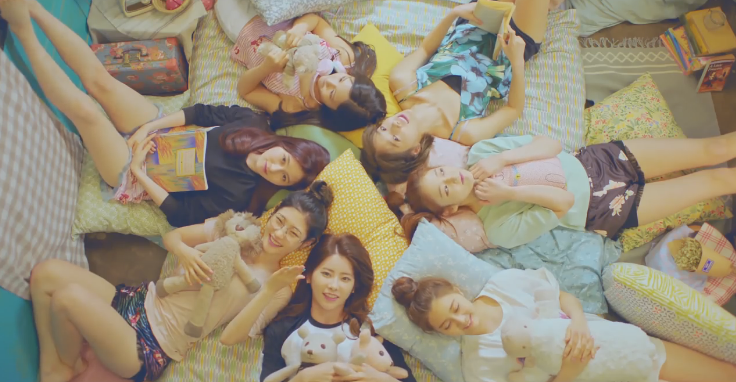 Watch: DIA Returns With “On The Road” MV

DIA is back with their first mini album!

On June 13 at midnight KST, DIA dropped the music video for their track “On the Road” off their new mini album “Happy Ending.” The song was co-written by Igi Yong Bae, the writing duo behind hits such as GFRIEND’s “Me Gustas Tu,” “Glass Bead,” and “Rough,” as well as UP10TION’s “Catch Me!” and Orange Caramel’s “Catallena.”

DIA made their debut in September of 2015 with the album “Do It Amazing.” Since their last release eight months ago, DIA has had many changes to their member lineup, with leader Seunghee leaving, Cathy and Chaeyeon going on hiatus to appear on the competition show “Produce 101″ and then returning, and the addition of new member Eunchae. Although Chaeyeon was chosen as a member of “Produce 101”’s temporary girl group I.O.I, she has returned to DIA after I.O.I wrapped up their full group promotions earlier this month.

What do you think of DIA’s new song “On the Road”?