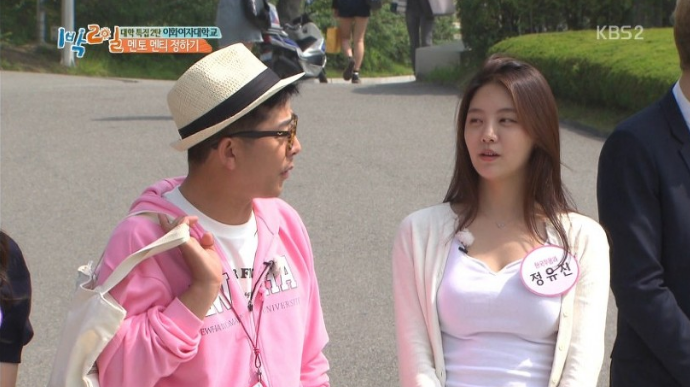 YG Entertainment has spoken up to clarify the trainee status of one of the college students who appeared on “2 Days & 1 Night.”

The cast members were each paired with one student in mentor-mentee pairs. Kim Joon Ho’s partner, Ewha dance major Jung Yoo Jin, particularly attracted viewer attention for her good looks as well as her previous appearance in iKON’s music video #WYD” as B.I’s love interest. This led netizens to speculate whether Jung Yoo Jin is a YG trainee.

A YG Entertainment rep has now responded to the speculation saying, “Jung Yoo Jin is not a YG trainee. As far as we know, all the females in the music video at issue were cast by the music video production company. She is unrelated to YG.”