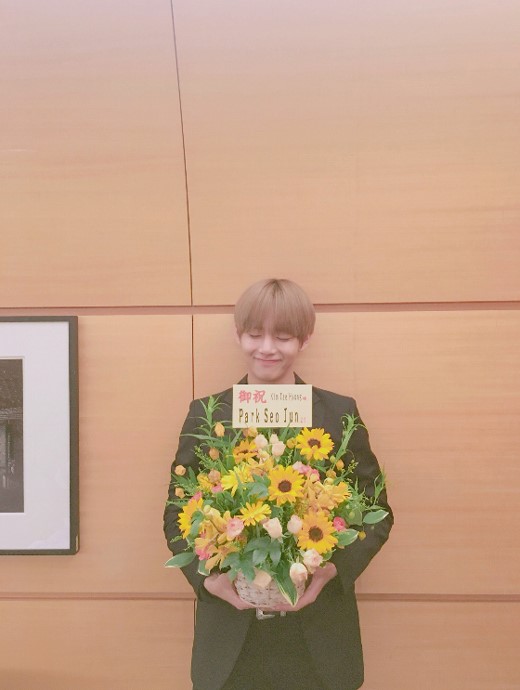 On June 14, three photos of BTS’s V holding a bouquet of flowers was uploaded on BTS’s official Twitter account.

In the photos, V is posing differently in each photo while holding the flowers. What’s most important is that the message card included in the bouquet says that it’s from Park Seo Joon. 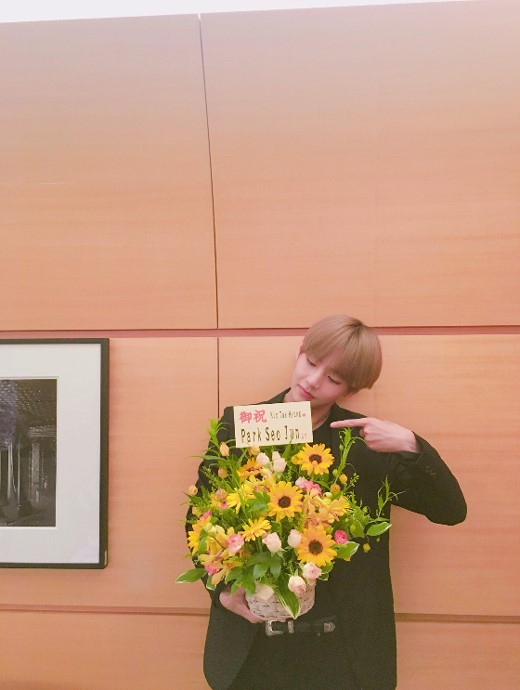 V and Park Seo Joon are currently filming the pre-recorded drama “Hwarang: The Beginning.” It seems like the two have gotten really close, which is making many fans very pleased. 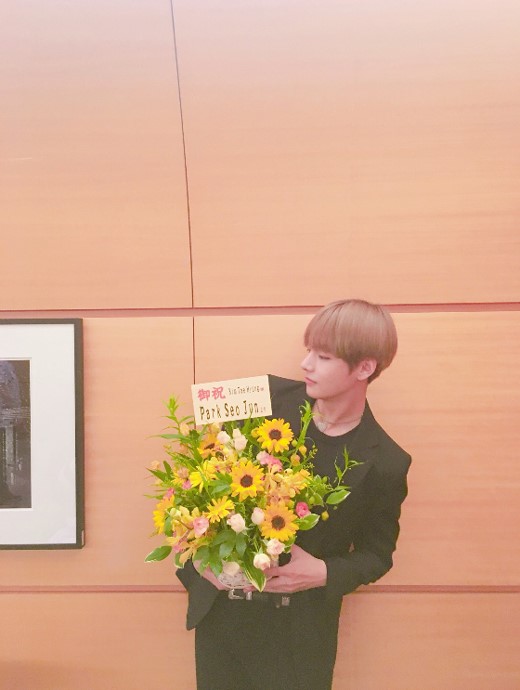 Meanwhile, their drama “Hwarang: The Beginning” will air in December.

Are you looking forward to seeing them in the upcoming drama?

Park Seo Joon
BTS
V
How does this article make you feel?