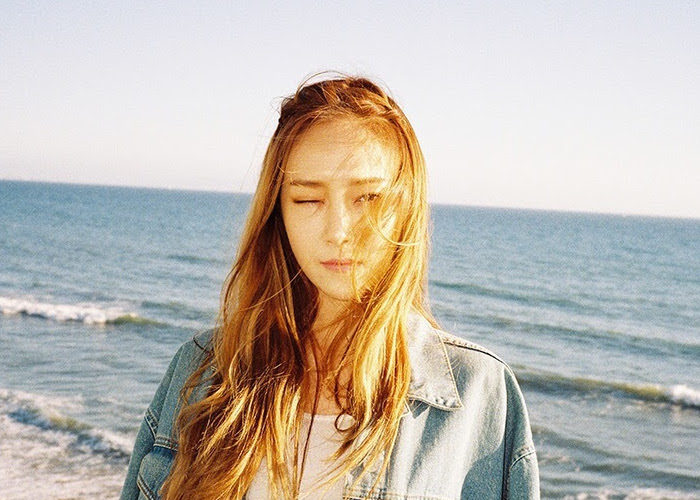 Jessica recently sat down for an interview with Chinese magazine QQ Sports on June 14, where she discussed what Chinese actor she would like to work with.

The singer replies, “I filmed a movie with William Chan before, and I’d like to work on another production with him. Kris, or Wu Yi Fan, is also a good friend of mine whom I’d like to film with.” The two stars were former labelmates under SM Entertainment.

She is also asked if there is anything new she would like to share, and when she’d like to get married. After hesitating briefly, Jessica carefully answers that while she would like to later on, she has no plans of marrying in the near future.

In addition, the singer praises her younger sister, f(x)’s Krystal, saying, “In my eyes, my little sister is much cuter, prettier, and lovelier than me.” She expresses her desire to film a movie together with Krystal, and hints, “Not just films, but there will many things we can work together on.”

Support the artist by buying Jessica – With Love, J from YesAsia

f(x)
Jessica
Krystal
Kris
How does this article make you feel?