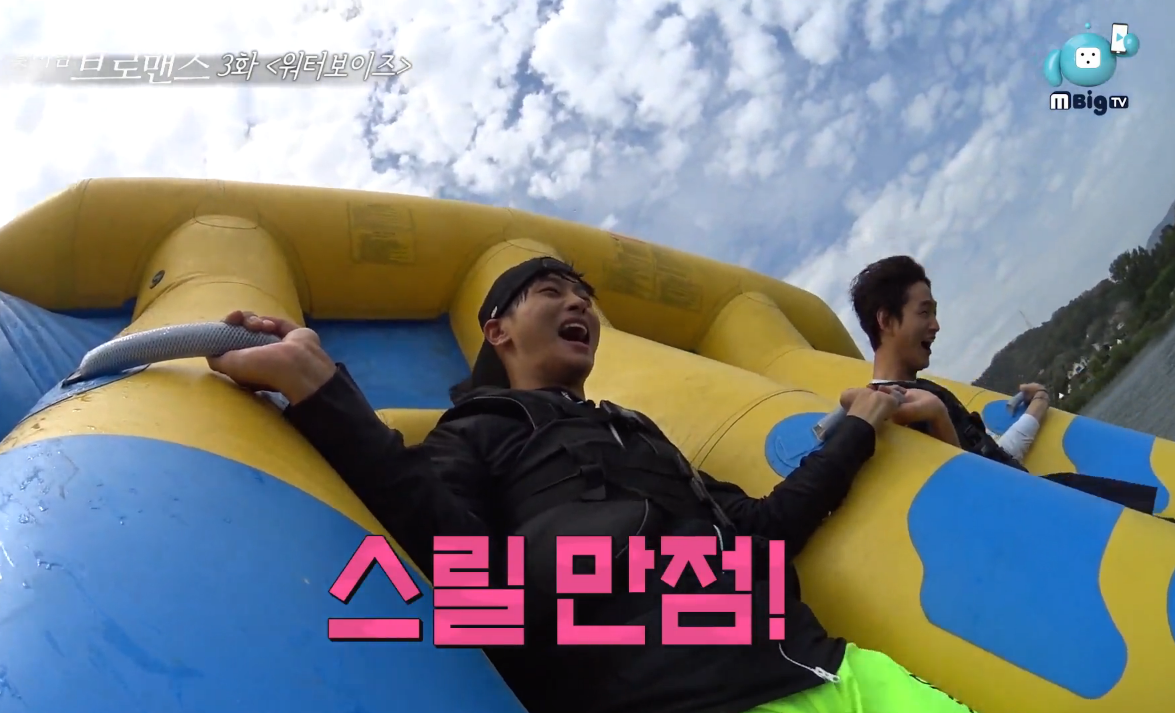 In the latest June 14 episode of “Celebrity Bromance,” VIXX’s N and Lee Won Geun overcome their fears and try their hand at water sports.

The episode begins with the two friends continuing to bicker about who is more scared, and other miscellaneous topics such as how they saved each other’s name on their phones. Their talks slowly turn deeper, when food arrives. Before attempting any water sports, they chow down on budaejjigae (army stew), while continuing their previous conversations. 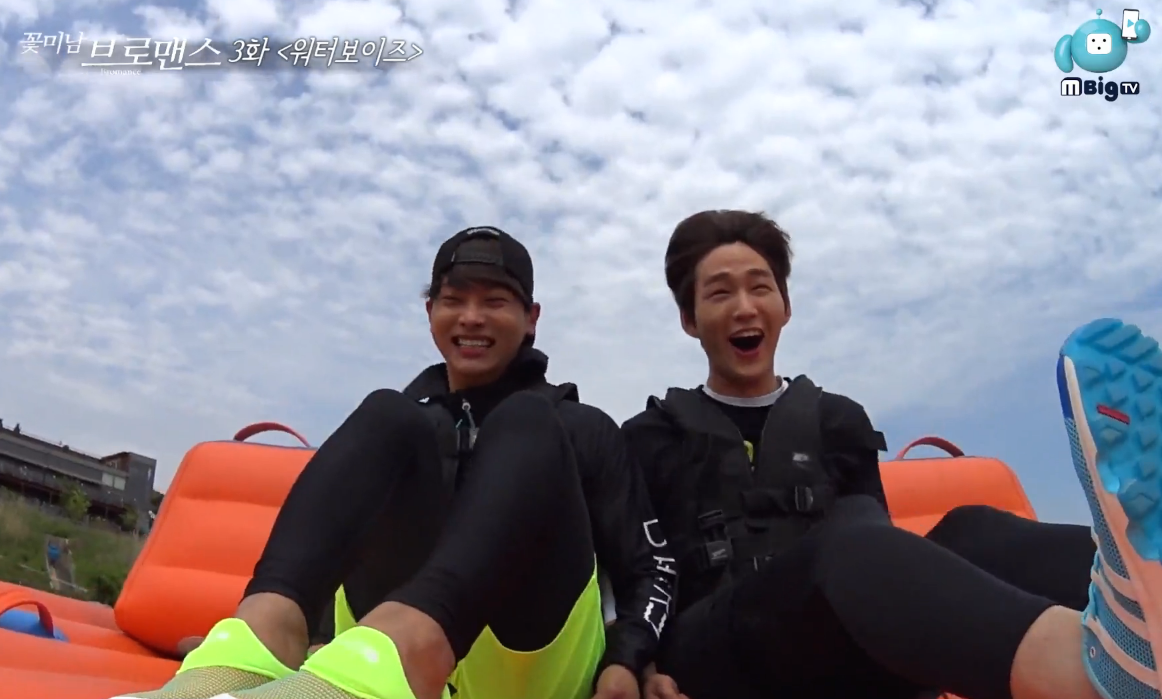 After finishing their meal, N and Lee Won Geun suit up for the first contraption: the “Viper Boat.” Despite feeling nervous, both readily get on the boat, with mildly scared expressions on their faces. In the end, they safely finish the ride, but another awaits. 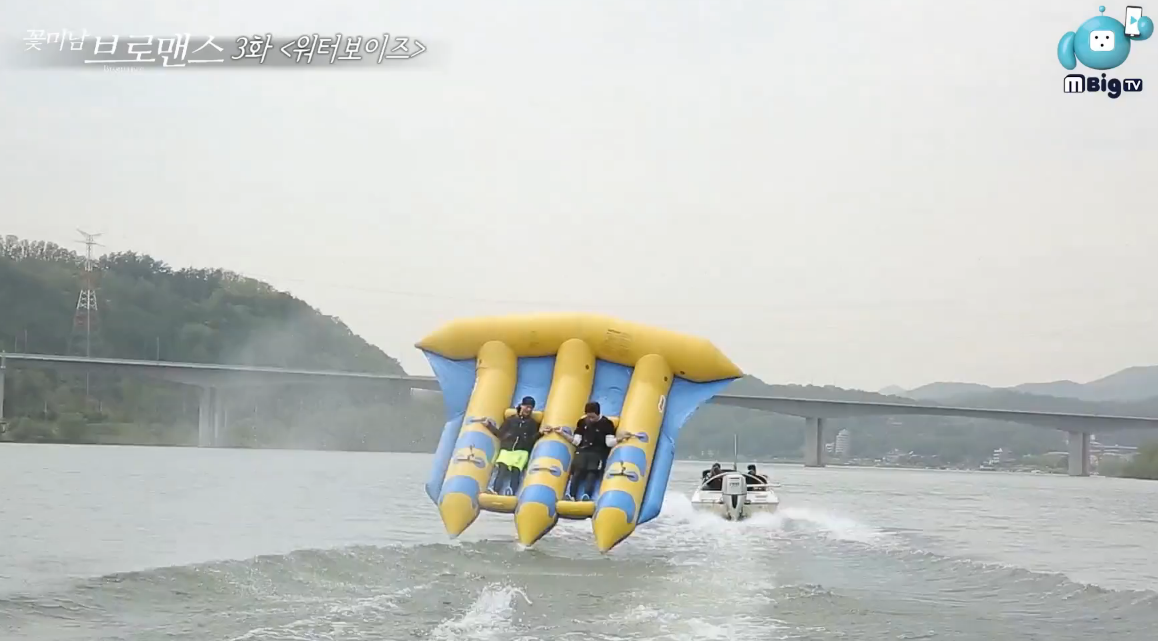 Prepared for them is something called “Flying Fish.” While both start off the ride fine, the same can not be said by the end. Afterwards, while waiting for the final ride, they discuss which of the two rides so far they preferred. N claims, “That was the end for me,” and implies that he doesn’t think he can ride anything else. He does admit that he “feels refreshed.”

However, the “Banana Boat” awaits them. While N tries to make Lee Won Geun ride it alone, both end up on top of it. When they eventually fall in the water, Lee Won Geun is forced to make a surprising confession, and N displays his loyalty as a friend.

Watch all their hilarious and touching moments as they try water sports below:

Their relaxing vacation will continue on next week’s episode, which will air on June 21 KST.