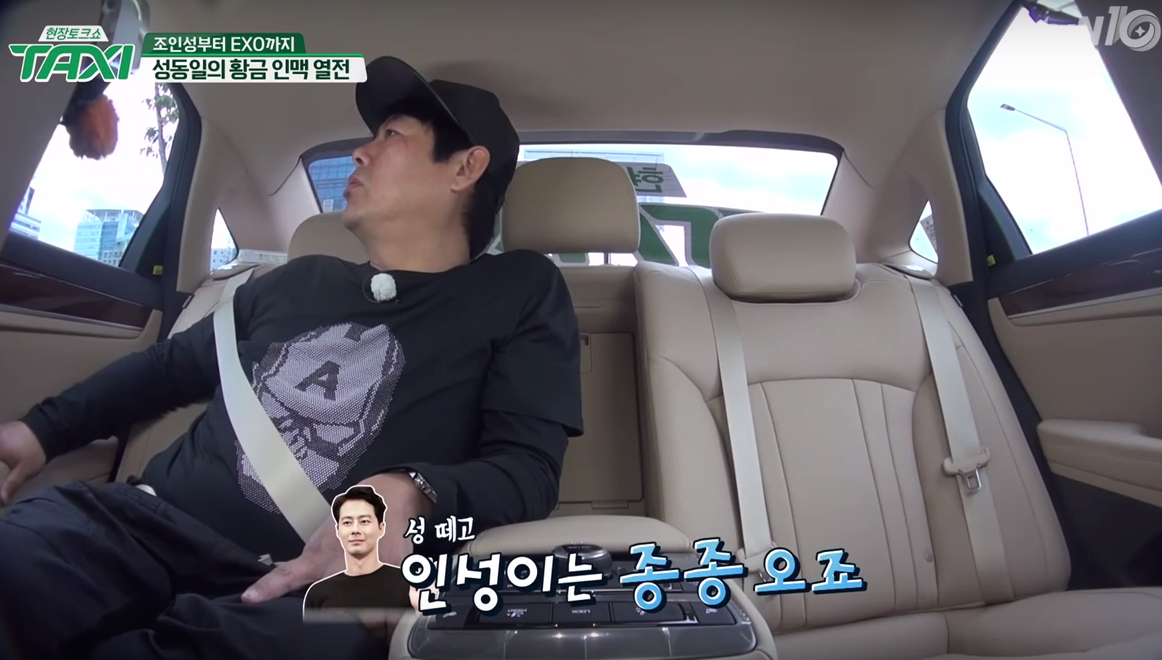 During his appearance on tvN’s “Taxi,” Sung Dong Il shows how the end of a drama doesn’t mean the end of the friendships formed between the cast members.

Because the actor is well known for the vast number of friends he has, the MCs ask if any of his former co-stars have personally visited his home. He easily replies that Jo In Sung has, and they drink together often.

Sung Dong Il then talks about how many of his former co-stars always think of his children as well. He explains how his kids often go over to Gong Hyo Jin‘s house, and Lee Kwang Soo often sends presents, such as clothes and toys. Go Hyun Jung also sends over handmade accessories as well, but his children have no idea how famous their “uncles” and “aunts” are. 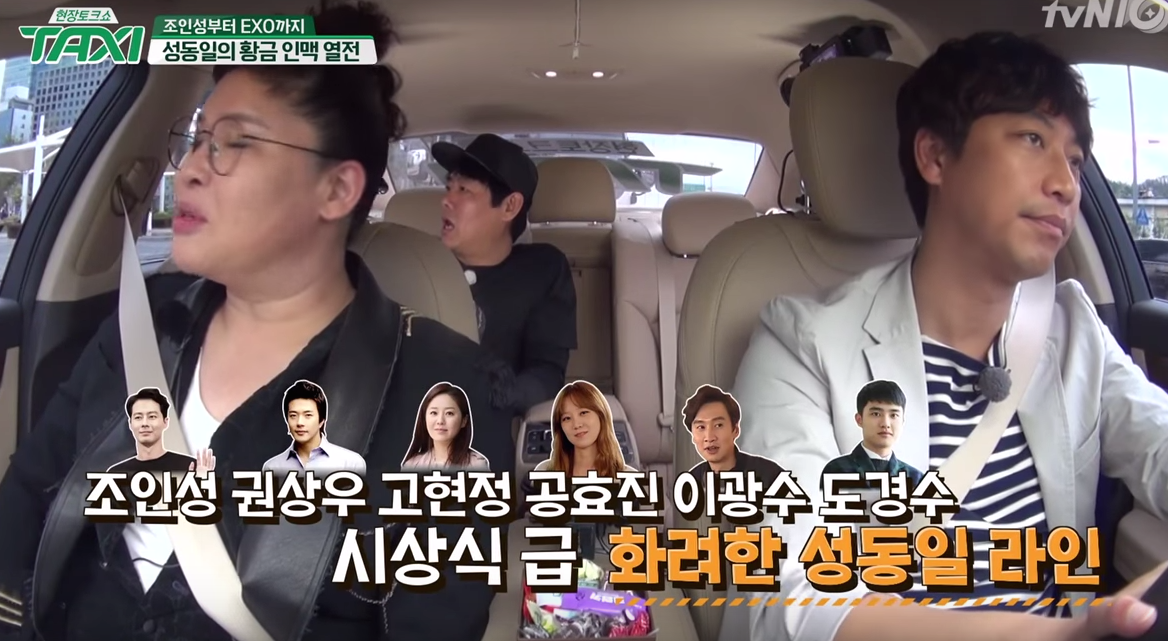 Similar to his kids, he then recalls how when he first met EXO’s D.O., he had no idea he was a famous idol, and thought EXO referred to the alcohol brand of a similar name.

At that moment, Sung Dong Il reveals, “However, even though he’s such a busy kid, D.O., along with Lee Kwang Soo and Jo In Sung, came when my mother passed away and stayed with me for two nights and three days. Gong Hyo Jin stayed by my wife’s side, holding her hand the entire time, throughout all three days.” He expresses his gratitude for the entire “It’s Okay, That’s Love” cast.

Many viewers reacted positively to his statements, commenting things like, “Everyone has such a strong sense of loyalty,” and “Good people are surrounded by good people.”

It's Okay That's Love
Sung Dong Il
Taxi
How does this article make you feel?