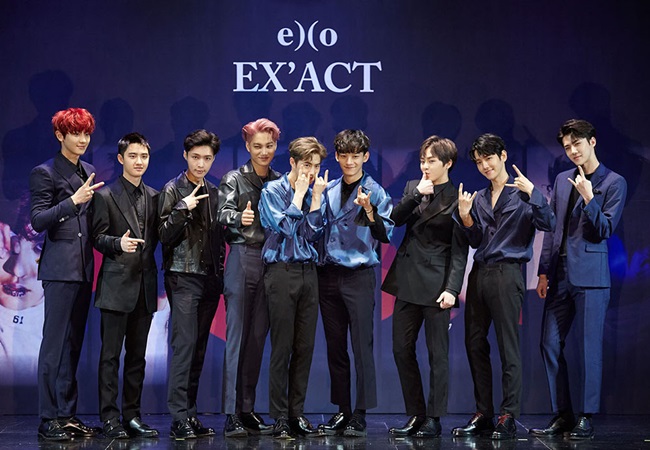 On June 15, SM Entertainment announced the dates for EXO’s new domestic concert. With a total of five shows, the concert will be held at the Olympic Park Gymnastics Stadium in Seoul on July 23, 24, 29, 30, and 31.

The concert title, inspired by the Latin word “exordium” which means “beginning,” suggests that fans can look expect to see a more mature and improved side of EXO.

Meanwhile, EXO has proven its immense popularity once again with the release of its third full-length studio album “EX’ACT” which pre-sold an impressive 660,000 copies. With double title tracks “Monster” and “Lucky One,” the album has been dominating charts both in Korea and abroad since its release on June 9.