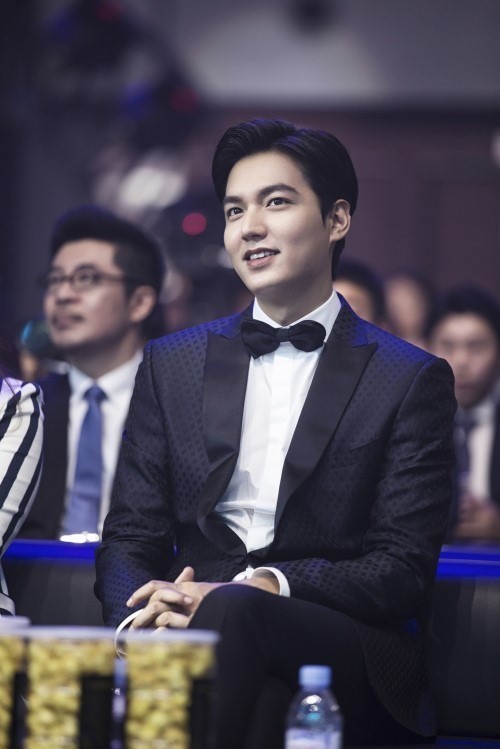 Hallyu star Lee Min Ho was crowned as the most influential actor during the “2016 Weibo Movie Night” awards ceremony.

According to his agency, MYM Entertainment, the actor attended the “2016 Weibo Movie Night” at the Shanghai New International Expo Center in China on June 13, where he was awarded the “Asian Cinema Pioneer” award.

For the new and first ever “Weibo Movie Night,” 100 million film fans on Weibo determined the winners by evaluating their impact and voting for them online.

Weibo representatives stated, “Through this recognition, Lee Min Ho grows beyond being a Hallyu star and into a film actor representing Asia. It is particularly meaningful that he received the award by the assessment of the Chinese public themselves. Lee Min Ho is working without rest to grow out of his flower boy image and stand on top as an actor.”

On the night of the ceremony, Lee Min Ho also shared a photo of himself backstage with his award, along with director Shin Terra of his upcoming film “Bounty Hunters.”

According to MYM Entertainment, the actor currently has 28.8 million followers on Weibo and the hashtag for “Bounty Hunters” has reached 1.33 billion hits, confirming his status as one of the biggest Korean stars around the globe.

Lee Min Ho’s film “Bounty Hunters,” a collaboration by Korean and Chinese producers, will premiere on July 1, and he is also set to appear in upcoming SBS drama “Legend of the Blue Sea” with Jun Ji Hyun.