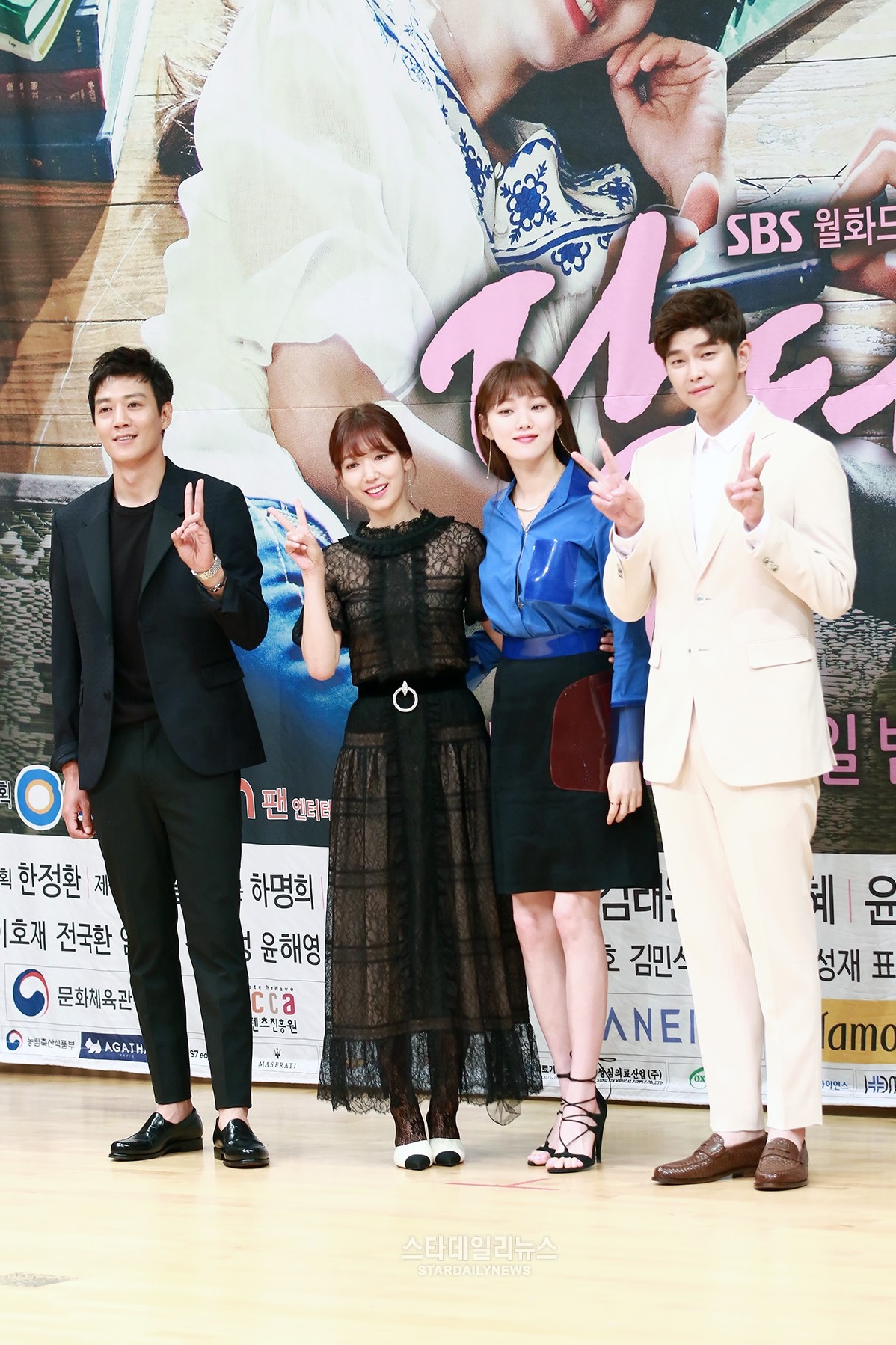 The director and lead cast of “Doctors” have talked about story, character portrayal, reasons for choosing the project, and competition at a recent press conference.

“Doctors” is a medical romantic-comedy drama about Yoo Hye Jung, a troubled rebel who becomes a devoted doctor, and her high school teacher, a man who fights for justice despite his own pain. The two overcome scars from their pasts, and become entangled in a once-in-a-lifetime love when they meet again as junior and senior doctors.

During the press conference, director Oh Chung Hwan states, “’Doctors’ is a story about people helping each other grow. We chose a hospital setting because it is a place where all kinds of situations come up and various human emotions are drawn out. Because it is a medical drama, we are diligently preparing so that we can proudly present it to viewers.”

He also expresses his affection for the cast. He says that he was worried because Kim Rae Won’s image in drama “Punch” was very strong, but was relieved to discover that he can blend into his character in “Doctors” very well.

Oh Chung Hwan is also full of praises for Park Shin Hye, who he calls “our Shin Hye” on set. He explains, “She’s someone who moves me everyday. She excels in both tenacity and popularity. She even filmed her action scenes herself without a double.”

The actress took on difficult scenes for the drama, including a fight scene in a nightclub, and a cut where she high kicks co-star Kim Rae Won in the head, accurately representing Yoo Hye Jung’s personality.

About Lee Sung Kyung, the director comments, “I always thought that she has a hidden charm, and she proved me right. She will be able to properly show her acting abilities, so I think the viewers will love her.”

Finally, he describes Yoon Kyun Sang as someone with a good heart, whose warmth makes people around him feel comfortable.

He continues, “All the actors are so talented, it’ll go well if I just do my job right.” 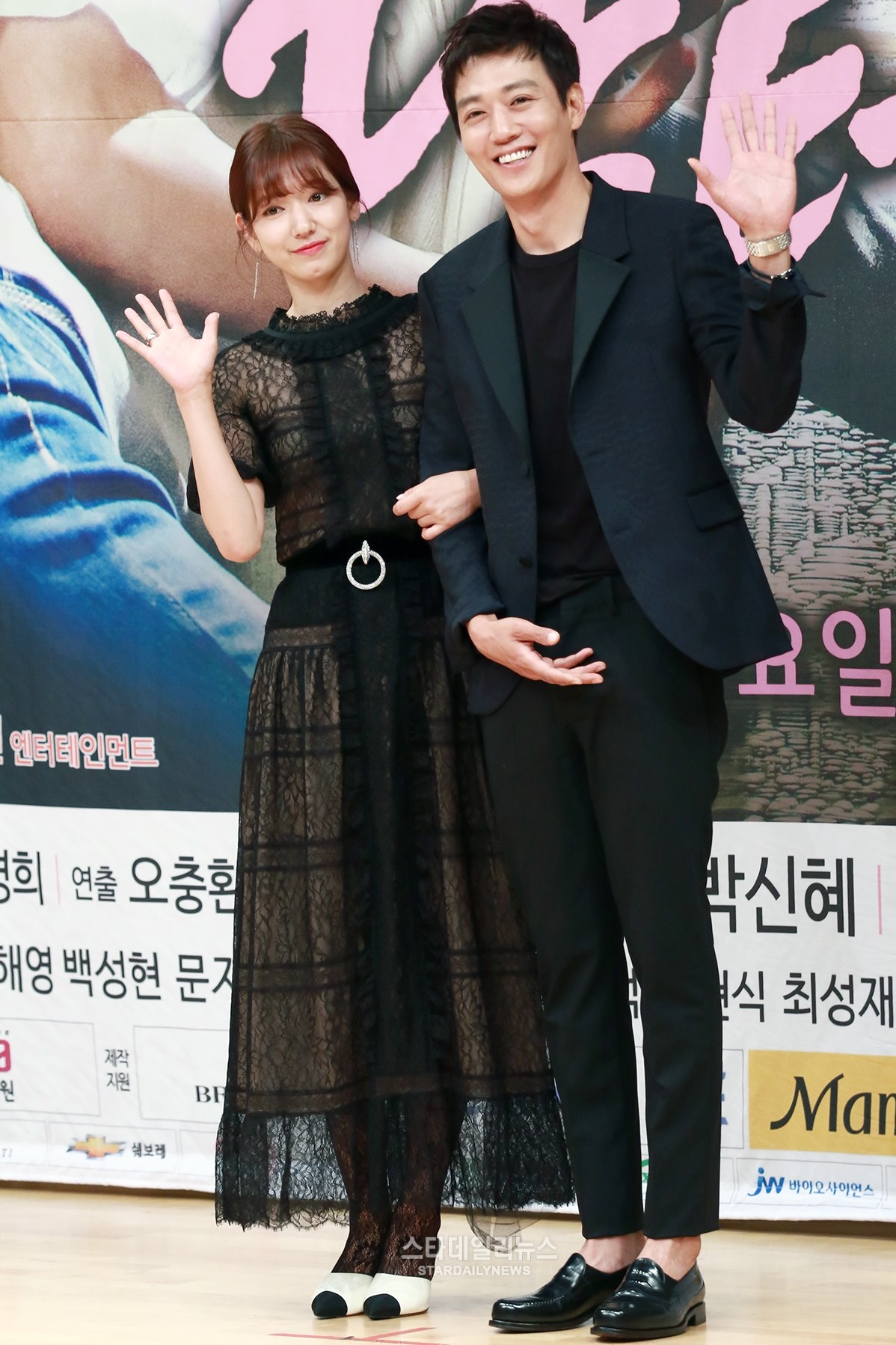 The actors then discuss why “Doctors” appealed to them as a project. Kim Rae Won says, “It’s my first time playing a doctor. I felt burdened because the script has many cheesy lines, but I’m excited to play a bright role after so long since ‘Attic Cat’ and ‘My Little Bride.’”

He shares his thoughts on acting in difficult medical scenes, and says, “Director Oh Chung Hwan covers for my weak spots. It’s important for me to be able to effortlessly say medical terms, but I also have to authentically portray the emotions of a doctor, and he covers for me with other aspects.”

On the other hand, Park Shin Hye cites the interesting role and her teamwork with Kim Rae Won as factors in her decision.

She states, “The manuscript was fun and Yoo Hye Jung is a character unlike any I’ve done before. Moreover, I’ve always worked alongside people my age, so it’s nice to film with the reliable older Kim Rae Won.”

She distinguishes Yoo Hye Jung from other drama heroines and says that the character’s charm is being unrefined and very human. She explains, “She does not trust people, works hard alone, and doesn’t know how to love or give. She puts up walls because she doesn’t want to get hurt. I previously portrayed characters who freely express their love and embrace other people, so it’s refreshing to be challenging myself with a different role. However, it’s hard to say that I will break the mold. I can’t transform 100 percent.”

She shares that she and her character have some similarities as well in that they are both easy-going, and have been hurt by people when they started working at a young age, although their sources of pain differ.

Meanwhile, KBS is set to premiere another medical drama starring Jang Hyuk called “Beautiful Mind,” which will be airing on the same day as “Doctors.”

When asked about this, Park Shin Hye comments, “The unique focus of our drama is the process of people’s growth as they meet in the hospital setting. This is what differentiates ‘Doctors’ from ‘Beautiful Mind.’”

As for Kim Rae Won, he quips, “I’m sorry to Jang Hyuk, but, ‘Beautiful Mind?’ I’ll be looking forward to it.”