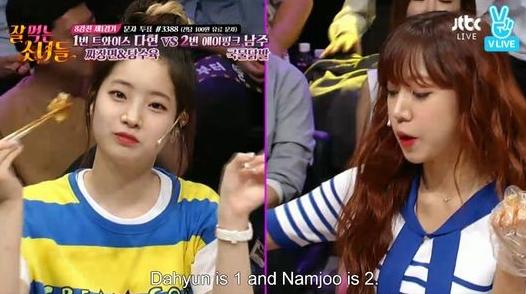 The first live broadcast of JTBC’s eating show “Girls Who Eat Well” on Naver’s V app aired on June 15, and the first ones up were TWICE’s Dahyun and A Pink’s Namjoo.

Before the eating competition begins, Dahyun confidently says, “I usually love to eat, and so do the other TWICE members. I’m the best eater in TWICE.” 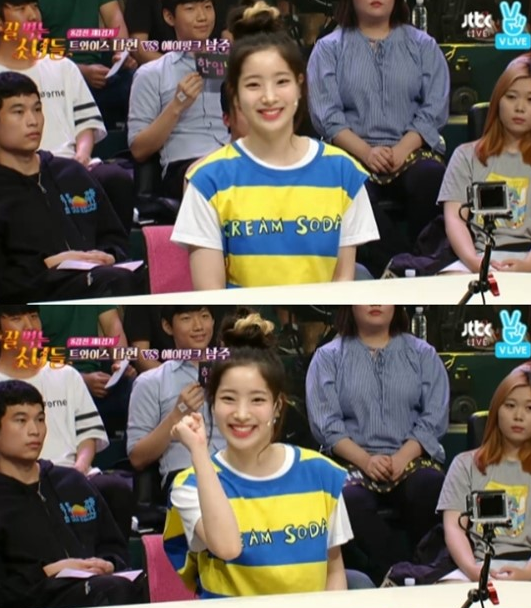 When the contest begins, Dahyun skillfully mixes the noodles and eats it with fervor. Namjoo amazes the audience by eating the chicken feet whole and cleanly spitting out only the bones. 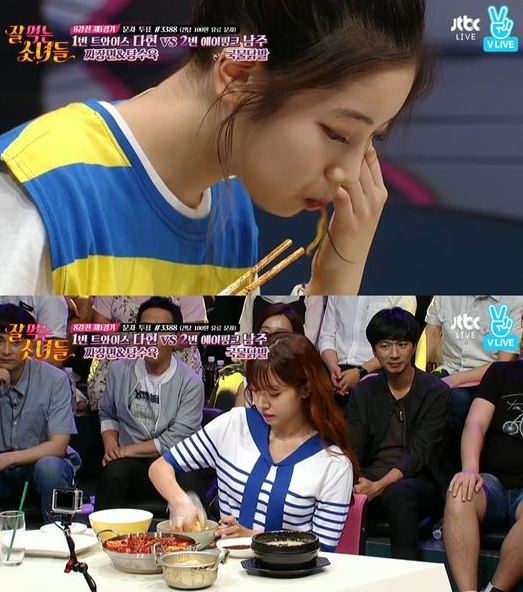 Who did you root for in this eating battle?

TWICE
Apink
Dahyun
Girls Who Eat Well
Namjoo
How does this article make you feel?