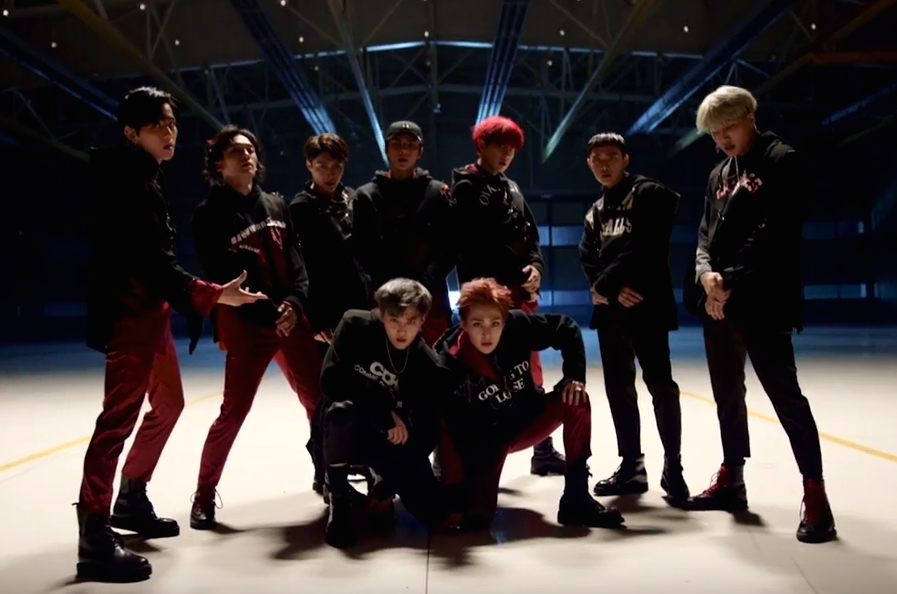 On June 15, EXO dropped two new videos that showcase the eye-catching choreography of “Monster,” one of their double title tracks from their third full-length album, “EX’ACT.”

The members dance in what looks to be like an airfield, while various shots are rotated, showing off different outfits and backgrounds. In one shot, only their silhouettes can be viewed, while in another, they are basked in an ominous purple light.

While some of these scenes were interspersed in the original music video, the performance video allows viewers to focus on the choreography as a whole, which was created by world famous group NappyTabs, Shim Jae Won, and Hyuno.

Watch both the Korean and Chinese versions below!