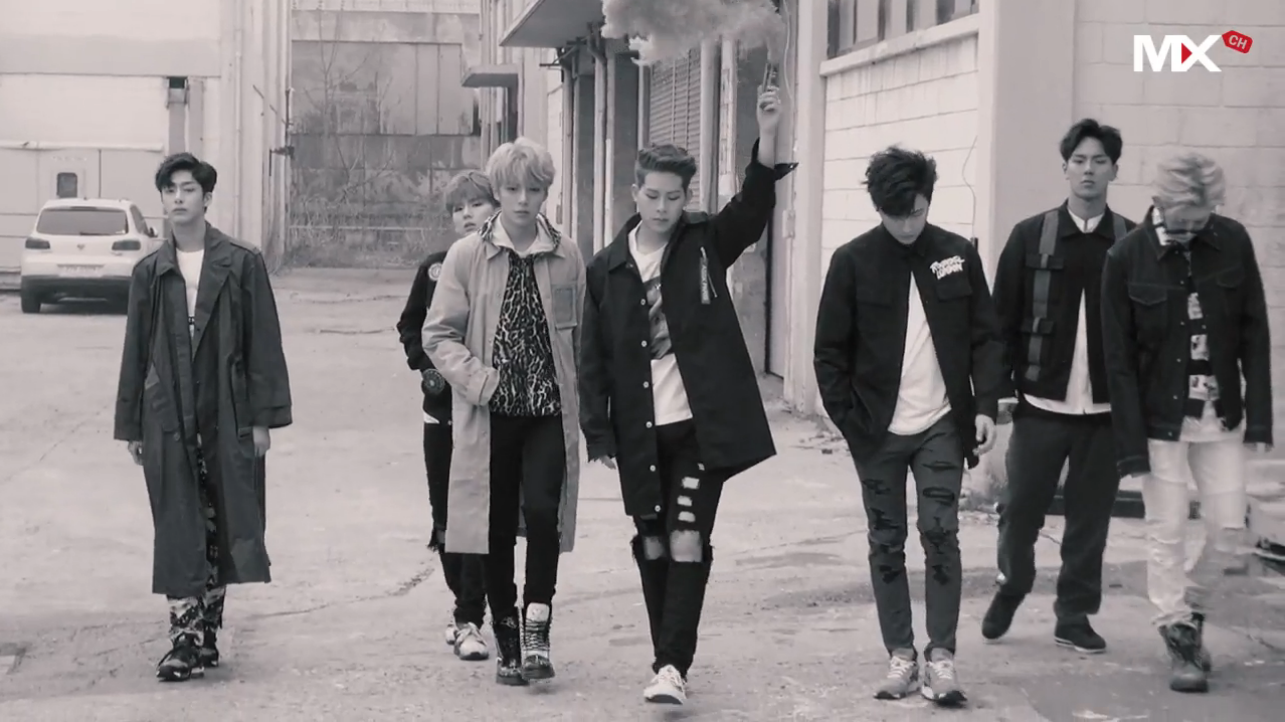 MONSTA X gave fans a glimpse of the set of their album jacket photoshoot for “THE CLAN Part 1 Lost.”

On June 15, “Episode 17 The Clan Part 1 Lost Jacket” was broadcast through the V app, in which the idol group revealed footage of them having fun behind the scenes.

As the members gathered for the shoot, Minhyuk flips his long earring around and says laughing, “I haven’t gotten used to it yet. I can’t get used to something dangling when I turn around like this.”

MONSTA X started playing with the camera, with Hyungwon making faces and Minhyuk zooming into his eyes as he said, “If you look at my eyes, you’ll see that they’re blue.”

He continued, “We’re taking on a new challenge. Right?” to which I.M replied, “That’s right. You’re right, I said,” and hits Minhyuk in playful annoyance.

The members continued to have fun on set, with Shownu making a funny impression of Hyungwon’s pose and dancing their choreography angrily. Jooheon hides in an attempt to surprise the other members, and then cracks them up by dancing like a machine.