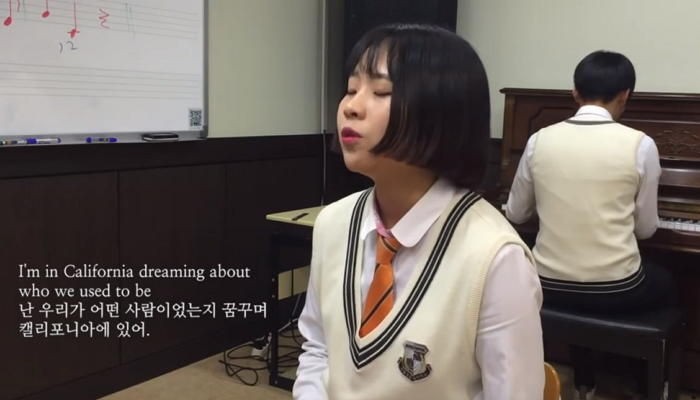 Lydia Lee (Lee Ye Jin), the high school girl who sang the famous cover of Adele’s “Hello” and went viral, will be making her official debut as a singer in the U.S. and the U.K. at the end of this year!

On June 14, her agency Button stated that Lydia Lee is planning to make her debut in December. She is currently going back and forth from the U.S. and the U.K. receiving help with her album from famous songwriters.

Meanwhile, Lydia Lee uploaded her singing cover of Adele’s “Hello” last year, which eventually went so viral that she was invited to the “Ellen Show” in November of 2015.

An affiliate of Lydia Lee’s agency stated, “The feedback from the show was great, so she decided to promote abroad. She is currently working on her album with songwriter Fiona Bevan, who worked with singer Ed Sheeran before.”

Are you looking forward to her debut abroad?

Lydia Lee
Lee Ye Jin
How does this article make you feel?