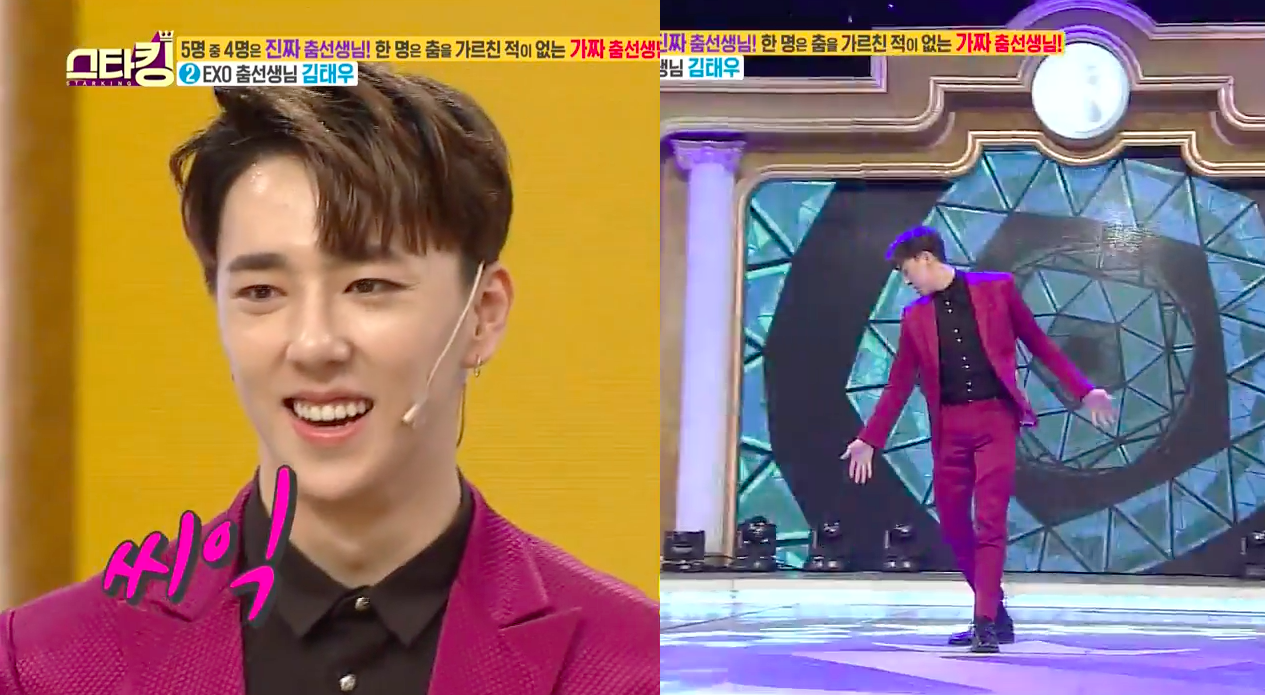 On June 14’s episode of “Star King,” dancer Kasper (real name Kim Tae Woo) appears as a guest to show off his talents, and ends up wowing the crowd with both his skills and his good looks.

Kasper has worked with many SM Entertainment artists, and is introduced on the show as being EXO’s dance instructor. He immediately wins the hearts of many of the female members of the panel, who cheer wildly for him as he performs “Call Me Baby”! Watch his performance below.

When MC Kang Ho Dong asks him to confirm the claim that he’s EXO’s instructor, Kasper says, “I got the choreography for ‘Call Me Baby’ from an overseas choreographer and trained on it, and then helped teach the moves to EXO, giving them advice and helping them learn the gestures. We’re currently working together on their new songs.”

Kang Ho Dong asks if he’s worked with any other artists at SM Entertainment, and Kasper replies that he’s taught Super Junior’s Eunhyuk and SHINee’s Taemin. MC Leeteuk of Super Junior looks a bit nervous standing next to him because the aim of the episode is to figure out which of the contestants is not really a dance instructor.

Kang Ho Dong asks Leeteuk if he knows Kasper, since he’s claiming to be a teacher at his agency, and Leeteuk replies, “To be honest, I’ve seen him before. But there are so many people who come in and out of our offices, I thought he was a trainee.”

The show also shares a photo of Kasper with EXO’s Lay, and when Leeteuk asks about Kasper’s sharp suit, he says, “This is [TVXQ’s] Yunho’s, he wore it once in a music video.” 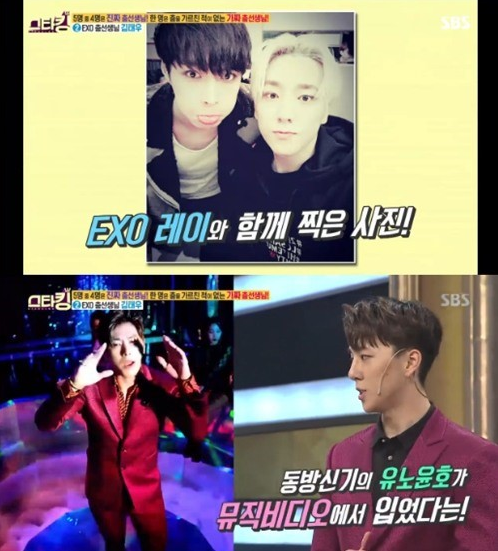 Kasper is also asked by the celebrity panel about how he’s managed to become a dance instructor at such a large company as SM Entertainment. Kasper replies that he’s very precise when it comes to expressing the sounds in music, and shows how he pays attention to the details within a dance move. He then gives some of the members of the panel a quick dance lesson! Check it out below.

What do you think of Kasper’s version of “Call Me Baby”?