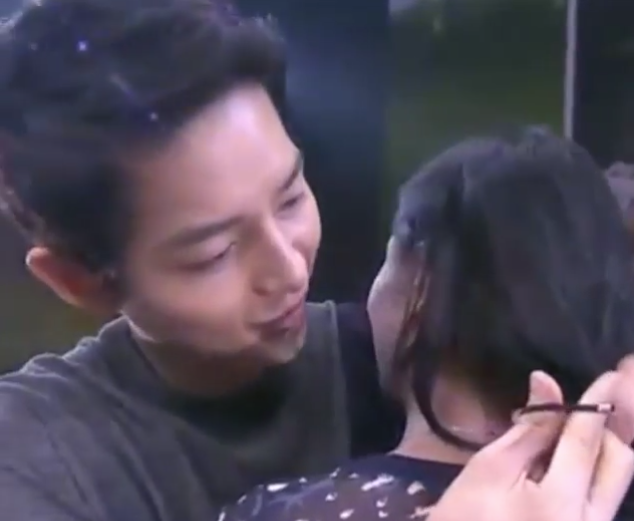 Song Joong Ki’s fan meeting tour has brought fans many special moments. Some recent memories include wearing wigs, a precious encounter with a child fan, a duet with his friend Lee Kwang Soo, and more.

Another moment can be added to the growing list now. A video of Song Joong Ki tying a lucky fan’s hair has been circulating various social media channels.

In the video, Song Joong Ki reenacts a popular scene from his hit drama “Descendants of the Sun.” The scene features the actor tying Song Hye Kyo‘s hair himself.

However, tying the fan’s hair proves to be difficult as it’s not something he regularly practices. This results in some embarrassment but the fan is all smiles as she gets to spend a little bit more time with Song Joong Ki. He’s successful on his second try and they end the special event with a photo together.

Try not to be too jealous as you watch below.