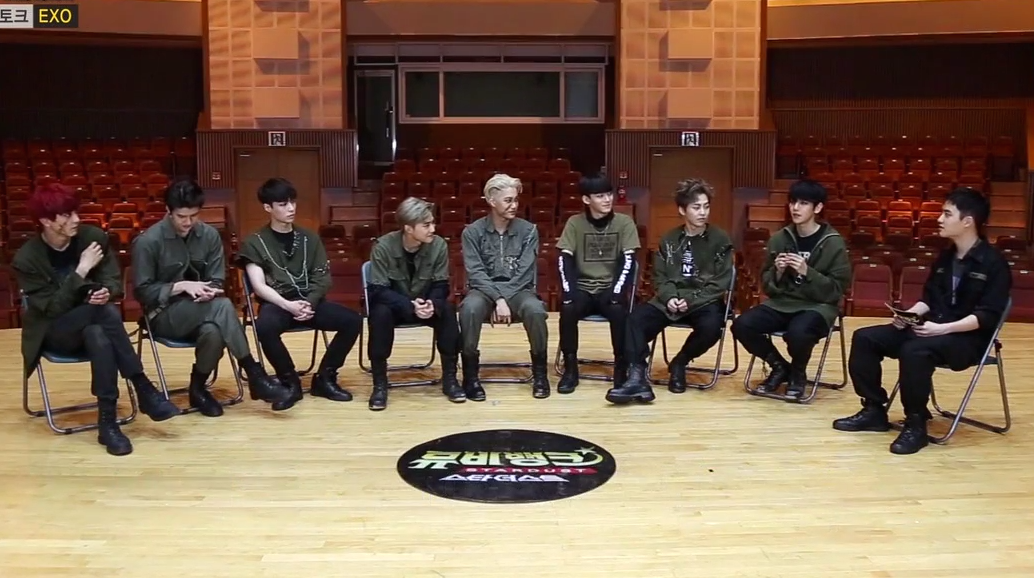 EXO Explains Storylines Behind “Lucky One” And “Monster” Music Videos

Fans who were confused by, or curious about, EXO’s newest music videos, look no further!

During their appearance on the June episode of “Music Video Bank,” the group reveals what kind of storylines their music videos for their double title tracks, “Monster” and Lucky One,” were trying to portray.

Prompted by his fellow members, Baekhyun takes charge and begins by explaining that the premise for “Lucky One” is that the members have suddenly lost their “superpowers,” joking it’s because they haven’t used them for so long. They then get kidnapped and are experimented on, when their powers return, enabling them to escape. Baekhyun doesn’t fail to point out that “in Kai’s case, his power is teleportation, but he dances.”

Later on, the members explain that the reason the random dancing scene was added in was because originally the two music videos were going to be released at different times. Kai is actually dancing a section from “Monster,” and the director added it in as a spoiler. In the end, the two music videos were released at the same time, thus leaving the scene that even Kai himself says he doesn’t understand.

As for “Monster,” as many expect, the members are rebels fighting against suppression. However, Baekhyun wants to clarify what his role in the story was.

He says, “I may seem like a betrayer, especially because I don’t really have wounds on my face…The reason is because I ultimately find a way for the members to escape, by turning off the security cameras, etc. I was a double agent. Everyone, you understand now right?”

How close were your predictions to the actual plot of these videos?