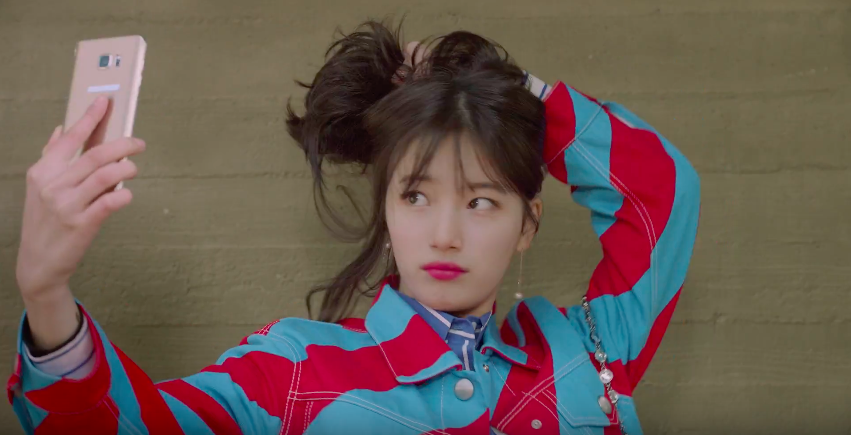 In the new teaser, we get snippets of various scenes from the drama that highlight the personalities of Shin Joon Young (Kim Woo Bin) and No Eul (Suzy).

You can see Kim Woo Bin performing on stage, filming awesome action scenes, and driving around in cool cars. But Suzy’s voice in the background lets us know that despite his rock star status, he has a terrible personality. When she looks through his car window, he snaps at her, “Have you never seen a top star before?”

Meanwhile, Suzy’s character can be seen running around in wacky outfits, getting yelled at by other people, and sucking up to her superiors. She also keeps bothering Kim Woo Bin, much to his annoyance (and eventual affection?).

But the teaser takes a dramatic turn at the end when a serious incident involves the two of them.